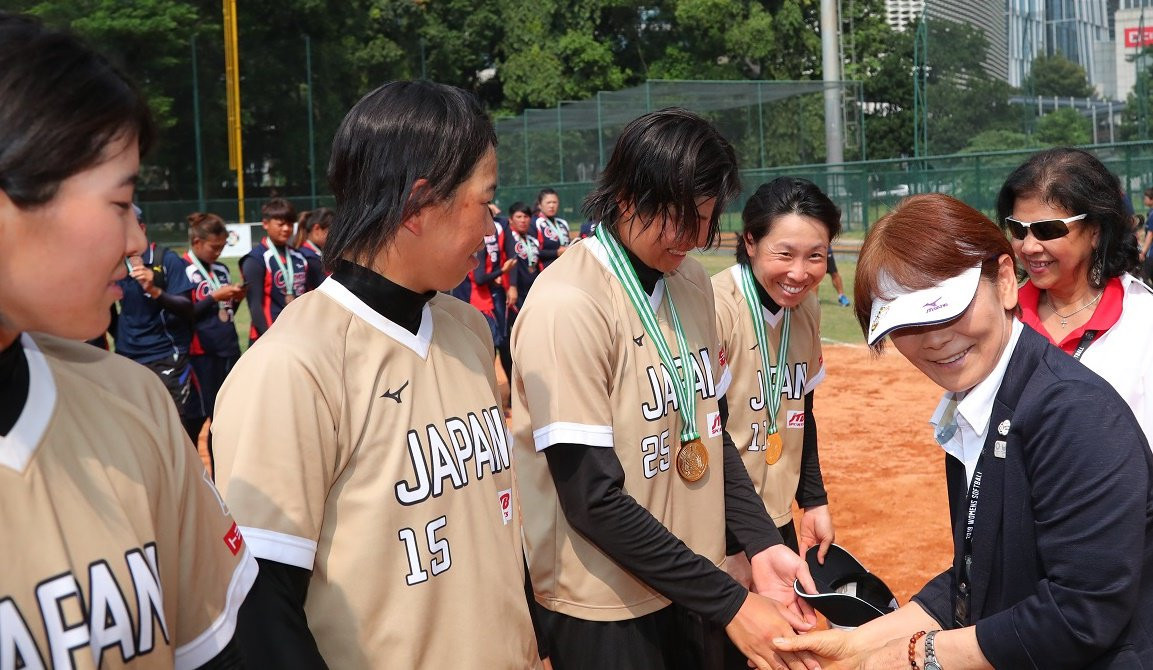 Japan defeated China in the final of the Women's Softball Asia Cup in Jakarta to claim their fifth successive title.

The world number-two ranked side eased past China 9-2 at Gelora Bung Karno Stadium.

It was the seventh time the country had triumphed at the tournament, which began in 1967.

Eri Yamada was named most valuable player for her pivotal role in the winning team.

The six best teams at the tournament were awarded a place at the World Baseball Softball Confederation’s Softball Asia/Oceania 2019 qualifying event for the Tokyo 2020 Games.

With Japan given an automatic spot as hosts, China, Chinese Taipei, the Philippines, Korea, Indonesia and Hong Kong will join Australia and New Zealand at the competition in Shanghai from September 24 to 29.

One spot will be up for grabs at next year's Olympic Games.

Softball is set to make its return to the Olympic programme after a 12-year hiatus.