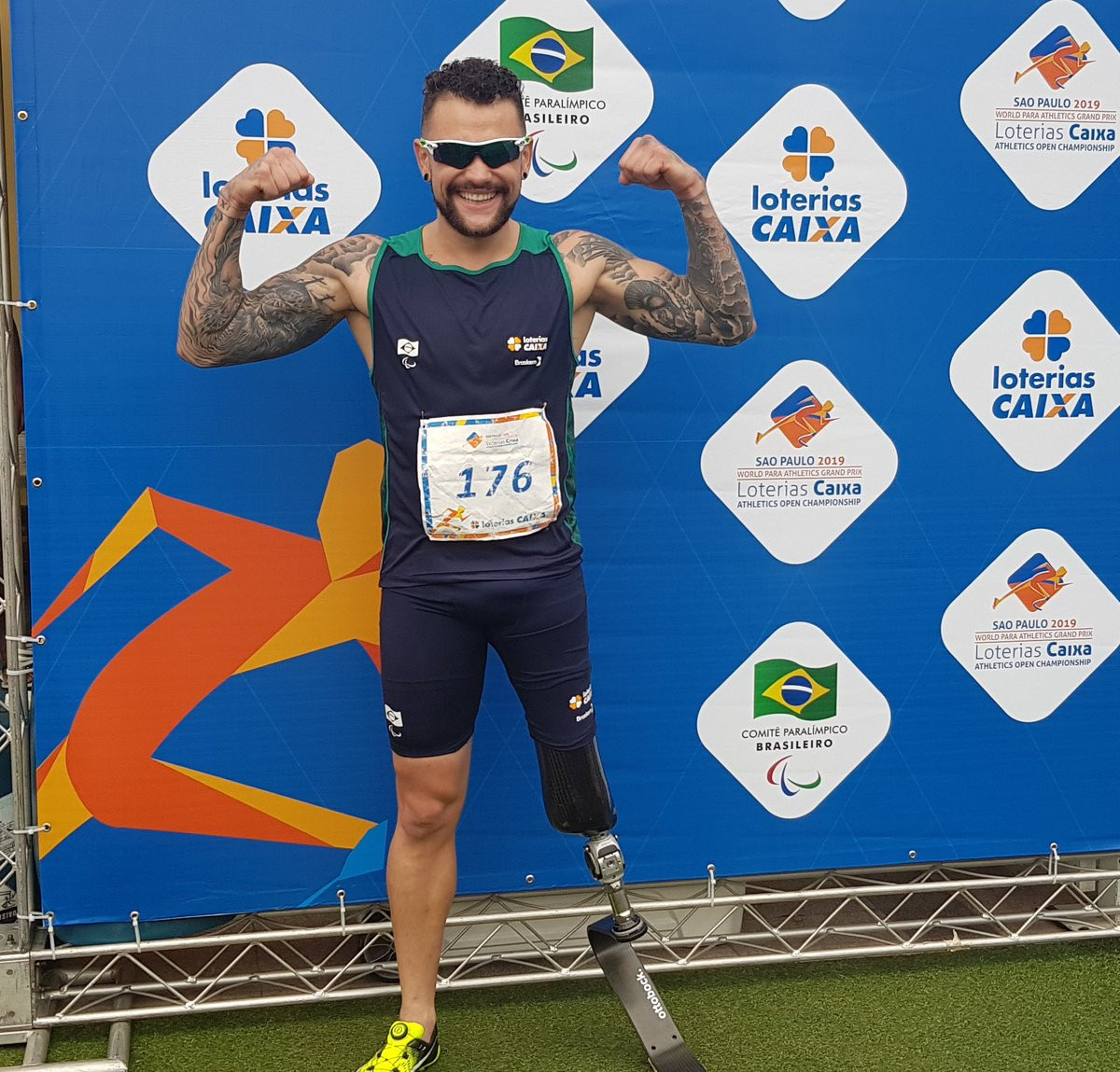 The home crowd at the Paralympic Training Centre was delighted to see Rodrigues break a world record in the men's 100m T63, setting a time of 11.95 seconds.

He surpassed his own record of 11.99 from last year, remaining the only athlete in his class to smash the 12-second mark.

"I worked through a groin injury in the past couple of weeks, but still managed to run this fast," Rodrigues said.

"It shows how good my work with our team has been and how much further we can go."

His performance earned him a place at the Lima 2019 Parapan Am Games in August and the Dubai 2019 World Para Athletics Championships in November.

⚠ WORLD RECORD ⚠
The 24-year-old Vinicius Rodrigues 🇧🇷 put on a superb show in the men's 100m T63, clocking 11.95 seconds to remain the only individual in his class to break the 12 seconds mark!
Full story: 📝: https://t.co/wmfjo1UsFS#GrandPrix #SaoPaulo2019 @cpboficial pic.twitter.com/Ic1Kc40Owv

The world and Paralympic champion won in 10.52, only two hundredths of a second shy of his own world record.

Tascitha Oliveira reinforced her place at the top of the women's 100m T36 rankings as she ran 14.01.

Edson Pinheiro then capped a successful day for the hosts with a career-best 11.08 in the men's 100m T38.