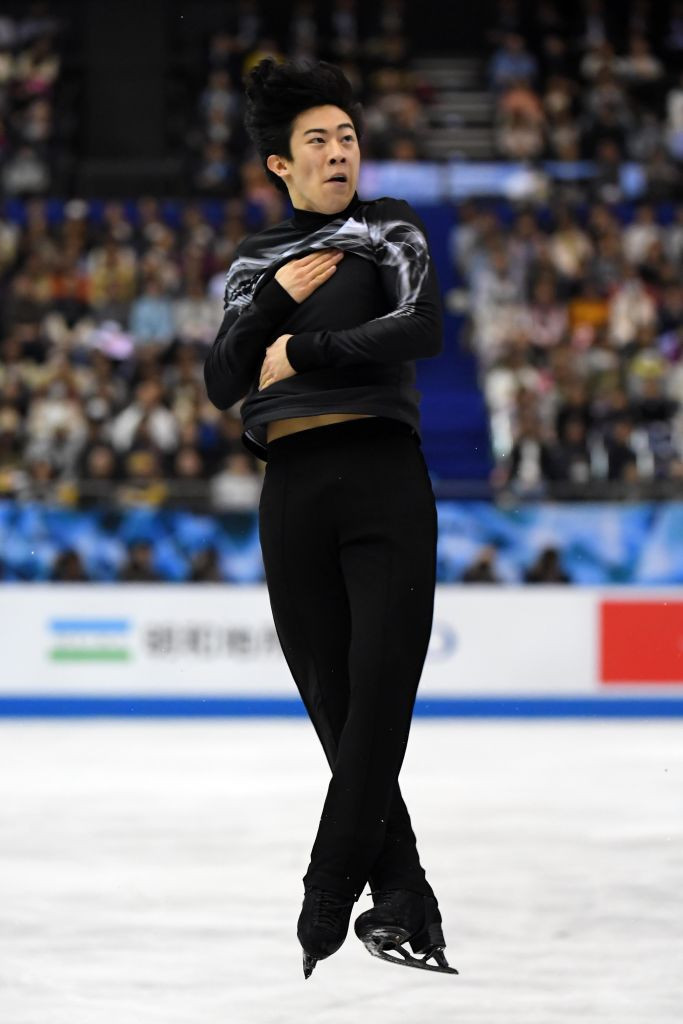 Another winning performance from world champion Nathan Chen, and another second placing for compatriot Vincent Zhou, enabled Team USA to strengthen its lead ahead of the final day of the International Skating Union’s World Team Trophy in Fukuoka.

As on day one, Chen and Zhou were top scorers for their team, this time in the men’s free skating as the United States reached 91 points, with hosts and defending champions Japan totalling 79 and Russia 70.

Chen brought off three quadruple jumps and a triple Axel-double toeloop plus three more clean triples in his routine to “Land of All”, to earn 199.49 points and 12 team points.

This year, teams from Russia, the United States, Japan, France, Italy and Canada are competing at Marine Messe Fukuoka and the hosts remain solidly in second place.

Riku Miura and Shoya Ichihashi were sixth in the pairs short programme and Misato Komatsubara and Tim Koleto were also sixth in the free dance.

“Today our pair started off very well with a personal best score and won the short programme,” Katsalapov said.

“I hope they will continue the same way.

“Victoria and myself also set a personal best and skated very well.

“We have very strong opponents and the gap to first place is very big.

“I put my hopes on our pair and Lisa Tuktamysheva is in very good shape.

“We hope maybe to move up one spot or at least to hold our position.”

Team Canada moved up one spot and now sit in fourth on 59 points as France slipped to fifth on 54 despite a record score of 135.82 points from their world ice dance champions Gabriella Papadakis and Gullaume Cizeron.

The World Team Trophy continues tomorrow with the pairs and ladies’ free skating.