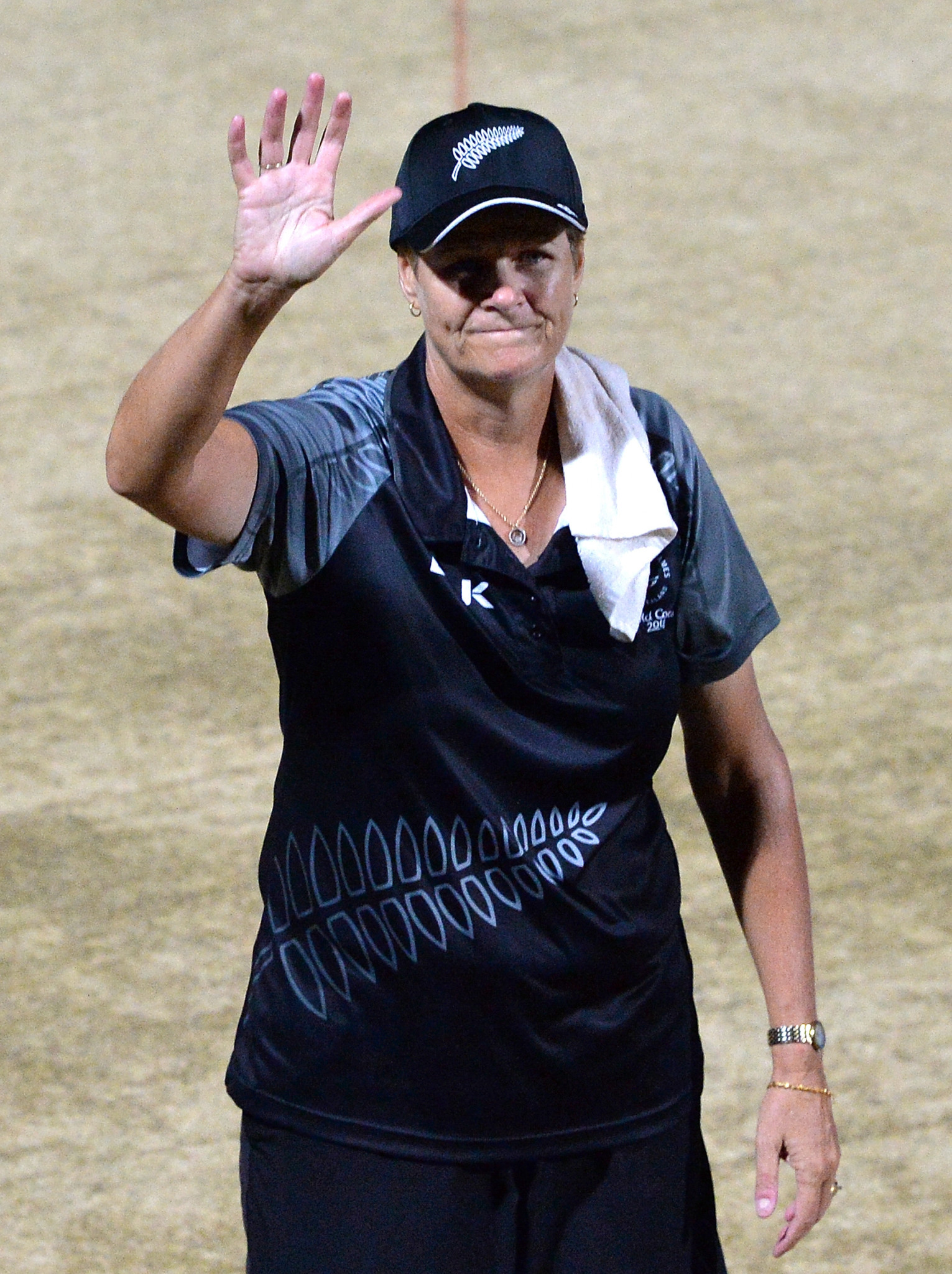 Jo Edwards, the favourite for the women's title at the Bowls World Cup in Barrack Heights, Australia, earned an automatic place in Tuesday's (March 12) semi-finals along with Malaysia's Siti Zalina Ahmad after both won their final qualifying matches today.

Forty-nine-year-old New Zealander Edwards, twice an outdoor world champion and the holder of three Commonwealth Games gold medals, finished top of section two with a concluding 11-3, 10-4 win over her opponent from The Philippines.

Ahmad beat Patsom Bryant of Thailand 9-6, 10-8 to finish top of section one with a record of seven wins and two losses.

Edwards' only defeat in nine qualifying matches came at the hands of defending champion Luce Beere of Guernsey.

Beere finished second in section two with a 7-2 record and will play-off tomorrow against the second-placed player in section one, Scotland's Carla Banks, with the winner meeting Ahmad.

With tomorrow's final round of men's qualifying still to be played at the Warilla Bowls and Recreation Club in the seaside suburb of Shellharbour, New South Wales, the two men who have set the pace from the start extended their unbeaten runs to 10 out of 10.

Ireland's Gary Kelly remains top of section one following his 9-2, 8-6 win over Canada's Hirendra Bhartu, while Brendan Aquilina of Malta maintained his 100 per cent record with a 15-4, 20-0 win over Japan's Junji Goda.

But the Maltese player has home favourite and defending champion Jeremy Henry - playing on his home lawns - right on his shoulder after only one defeat in 10, and the Australian is still looking a strong bet to earn a seventh title.

In section one, meanwhile, New Zealand's Seamus Curtin is also motoring in second place, also with just one defeat.

The men's semi-final play-offs are also scheduled for tomorrow, in the afternoon, after the morning's final round of qualifying games.

Tuesday will see both women’s semi-finals, and one of the men's, played.

The second men's semi-final, and the men's and women's finals, will be played on Wednesday (March 13).