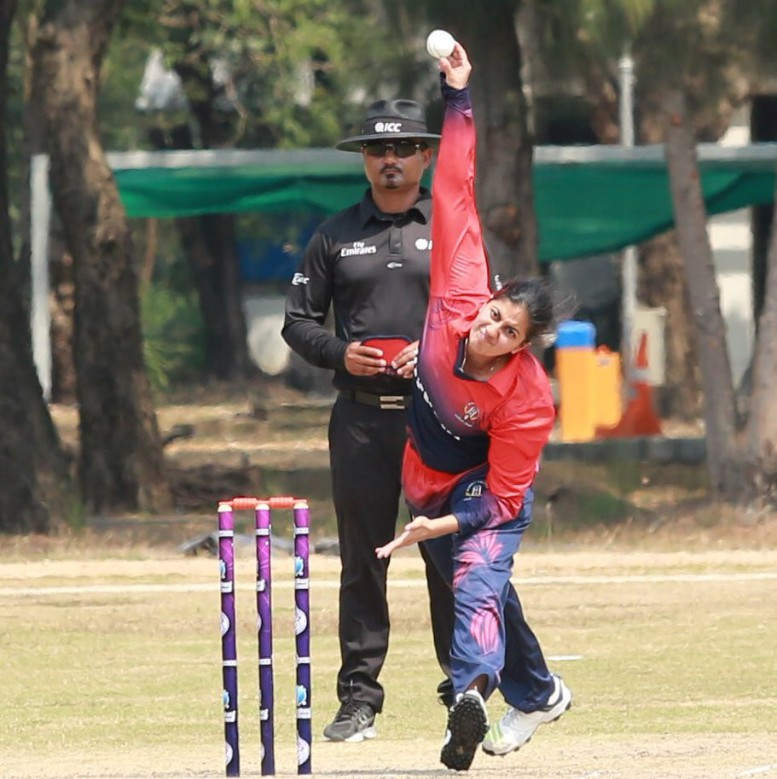 Hosts Thailand maintained their 100 per cent record with a fourth victory at the International Cricket Council (ICC) Women's Qualifier Asia in Bangkok.

The home side demolished Kuwait by nine wickets at the Asian Institute of Technology Ground after bowling out their opponents for a paltry 38 in the T20 competition.

Kuwait had won the toss and opted to bat but slipped to a fourth straight defeat as Sornnarin Tippoch shone with the ball.

The Thai captain ended with figures of 4-8 before her side chased down the target for the loss of just one wicket after 7.2 overs.

Thailand now top the round-robin tournament in front of United Arab Emirates, who also won for a fourth time today but have played a game more.

The UAE recovered from defeat to Nepal to see off China by 27 runs at the Terdthai Cricket Ground.

After being asked to bat they posted 95-8 with Chamani Seneviratne scoring 32.

Hosts @ThailandCricket made it four wins out of four today at the ICC Women's Asia Qualifier 2019, captain Sornnarin Tippoch the star with her T20I best 4/8 in a nine-wicket victory against @KuwaitCricket! 🇹🇭 pic.twitter.com/MK8QzdGtnw

China could not get close and were dismissed for 68.

Nepal, beaten by Thailand earlier in the competition, made it three wins from four as they saw off Hong Kong by four wickets at the Asian Institute of Technology Ground.

Hong Kong reached 62-8 after opting to bat with Nary Thapa ending with incredible figures of 6-8.

The Nepalese lost six wickets but got home after 18.3 overs.

Only Thailand, the UAE and Nepal are now able to top the pile.

A pivotal-looking game between the Thais and UAE looms in the last round of matches.