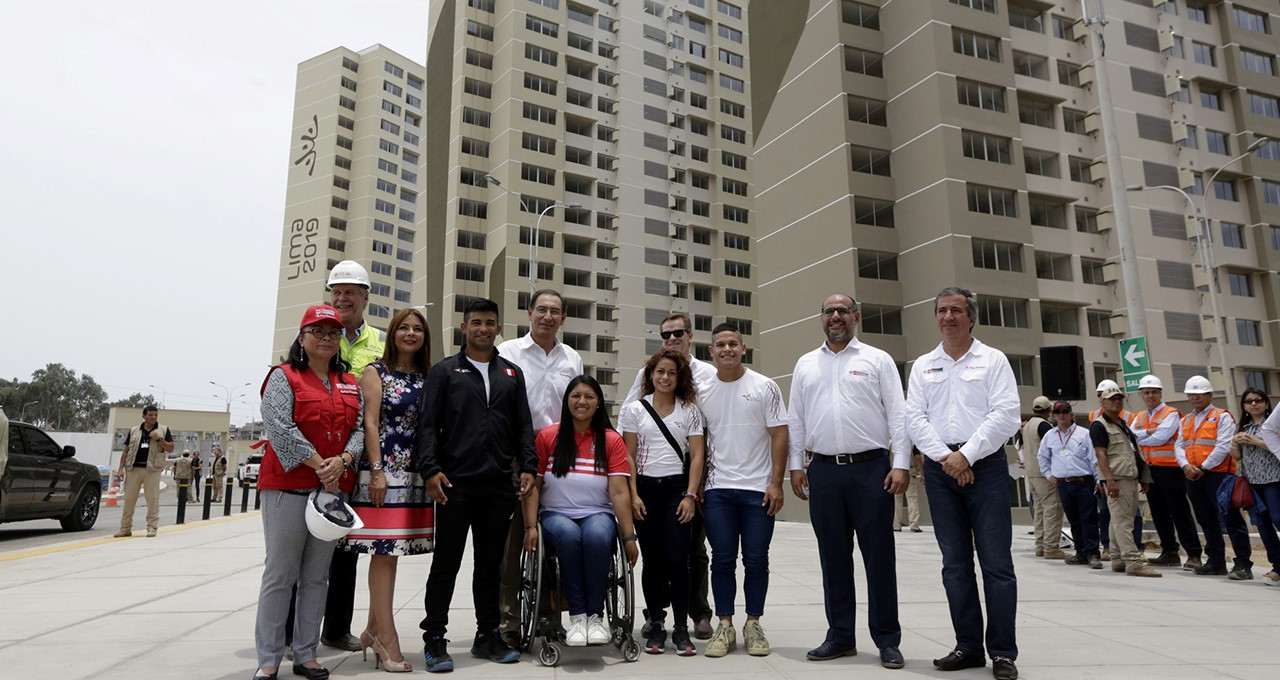 Peruvian President Martín Vizcarra Cornejo has expressed his confidence the Pan and Parapan American Games in Lima will prove successful after touring the Athletes’ Village.

Vizcarra was joined at the Village by Lima 2019 President Carlos Neuhaus,

Officials from the country’s Para-badminton, judo and weightlifting governing bodies also joined the tour, along with four athletes.

The focus now is on interior decoration to doors, walls and ceilings, plus outdoor pedestrian routes and landscaping.

After the Games, the Village is due be converted into 1,096 apartments.

Vizcarra praised the transformation of the site, claiming it was now worthy of the elite athletes set to reside in the buildings during the Games.

He declared his confidence that the Games will prove a success.

"Exactly two years ago, in February of 2017, we came with Carlos Neuhaus and there was absolutely nothing," Vizcarra said.

"We arrived with tractors, front loaders, dump trucks to start levelling the ground, and the challenge of building 1,096 apartments seemed a difficult challenge.

"We are in February, five months after the start of the Games and we have built them.

"We have verified the features and we are very happy with the progress.

"We are all Pan American.

"Then we will go to Callao, to the San Marcos stadium, to Villa María del Triunfo.

"These Lima Games are from Peru and will be completely successful."

Vizcarra claimed the Games would also help to change attitudes in the country, urging that young people should view the athletes as an example and become more active.

Organisers have been installing accessibility features at the Village to aid visually-impaired athletes.

Podotactile paving in pedestrian areas with raised surfaces that alert people with visual impairments to crossroads or slopes.

The accommodation will also have Braille on all information signage and elevators.

The Village was designed with extra wide interior passageways to facilitate easy access for wheelchair users.

As a result of the measures, the Pan American and Parapan American Villa is set to officially become the largest accessible housing complex in Peru at the end of March, when it is scheduled to be completed.

The seven buildings each have four lifts with capacity for 18 people and easy access to wheelchairs.

Neuhaus admitted the Village had been one of the key challenges for organisers in the build-up to the Games.

"On July 17 of last year the towers were already up and now have water, electricity, gas, are ready to be delivered at the end of the month," he said.

"They have a corridor width of 1.80 metres, two isolated emergency rooms, for each floor, before any eventuality.

"This work was the first great challenge.

The majority of venues are due to be completed by the end of next month.