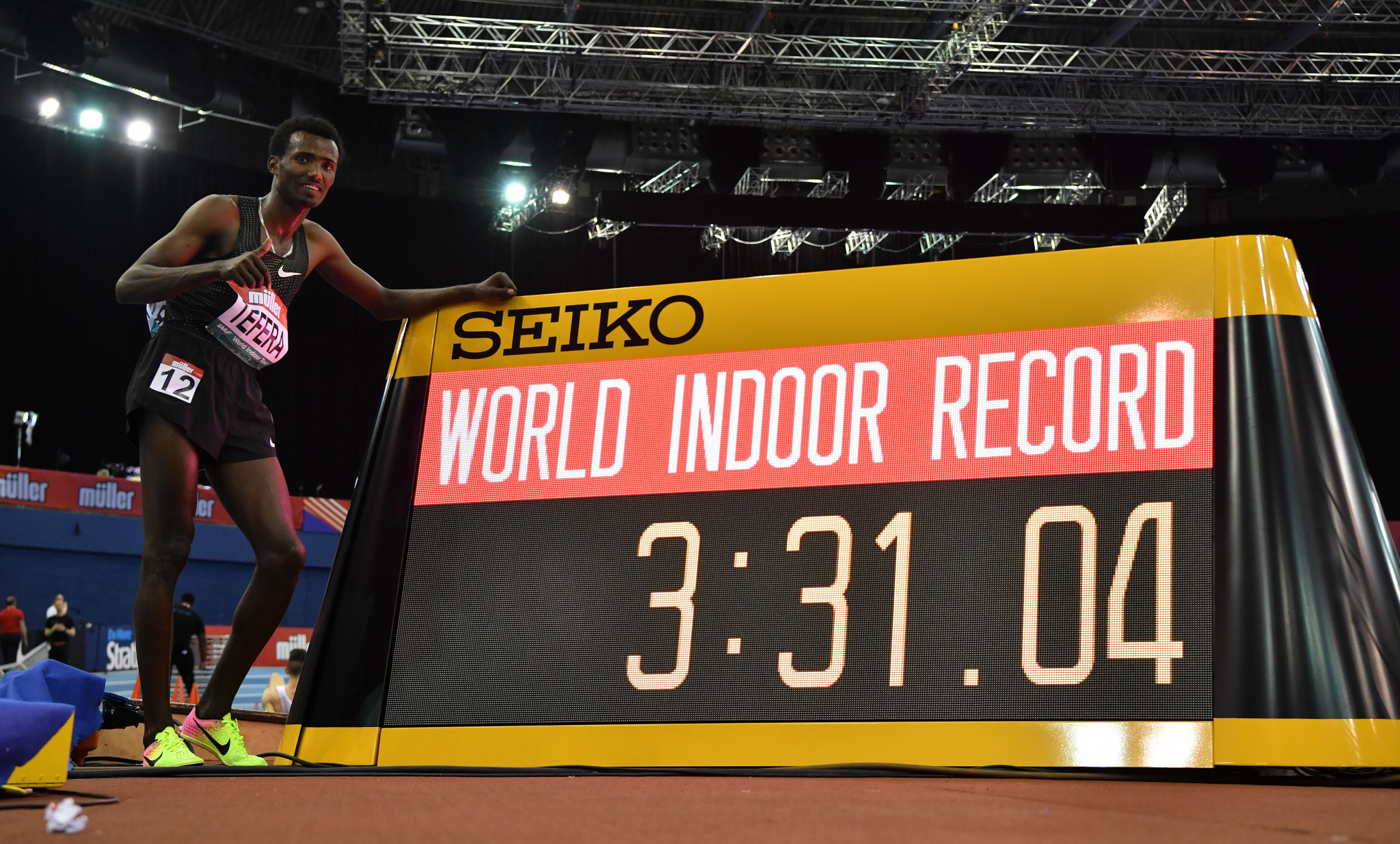 El Guerrouj’s time of 3min 31.18sec, which the Moroccan set in 1997, was considered under threat heading into competition at the Birmingham Arena.

Ethiopia’s Yomif Kejelcha was seen as the likeliest candidate in the field, after narrowly missed out on the world indoor mile record last week in New York City.

He led the race until the closing stages in Birmingham, only for Tefera to storm past in the final metres.

Tefera crossed the line in a winning time of 3:31.04, shaving 0.14 seconds off the record set by El Guerrouj.

Kejelcha produced a personal best time of 3:31.58, while Australia’s Stewart McSweyn achieved an Oceania indoor record of 3:35.10 in third.

Britain’s Laura Muir lived up to expectations in the women’s mile event as the home favourite powered to a dominant victory.

Her time of 4:18.75 was a British record over the distance, as well as being the fastest indoors this year.

It was also the third fastest women’s indoor mile of all time, behind Ethiopia’s Genzebe Dibaba and Romania’s Doina Melinte, who have achieved times of 4:13.31 and 4:17.14 respectively.

China’s Su Bingtian produced a fine performance in the men’s 60 metres final, powering to victory in a time of 6.47sec.

Britain’s Reece Prescod equalled his personal best in 6.53 to finish as the runner-up, with the United States’ Mike Rodgers ending third in 6.54.

Double Olympic champion Elaine Thompson edged a closely fought women’s final as the Jamaican crossed the line in a winning time of 7.13.

European indoor champion Asha Philip was 0.01 seconds behind to finish runner-up, while the same margin separated the Briton from the Ivory Coast’s Marie Josee Ta Lou in third.

Croatia’s Andrea Ivančević and Britain’s Cindy Ofili rounded off the podium in times of 8.09 and 8.12 respectively.

Jarret Eaton won the men’s event in a time of 7.51, with fellow American Freddie Crittenden clocking 7.53 for second.

Cyprus’ Milan Trajkovic was third in 7.54.

The Cuban achieved a leap of 8.21 metres to win the competition from Jamaica’s Tajay Gayle, the runner-up with 8.10m.

Serbia’s Ivana Španović continued her comeback from an Achilles injury which curtailed her 2018 season.

She won the women’s long jump with an effort of 6.78m.

Britain’s Abigail Irozuru and Jazmin Sawyers rounded off the top three with efforts of 6.59m and 6.36m respectively.