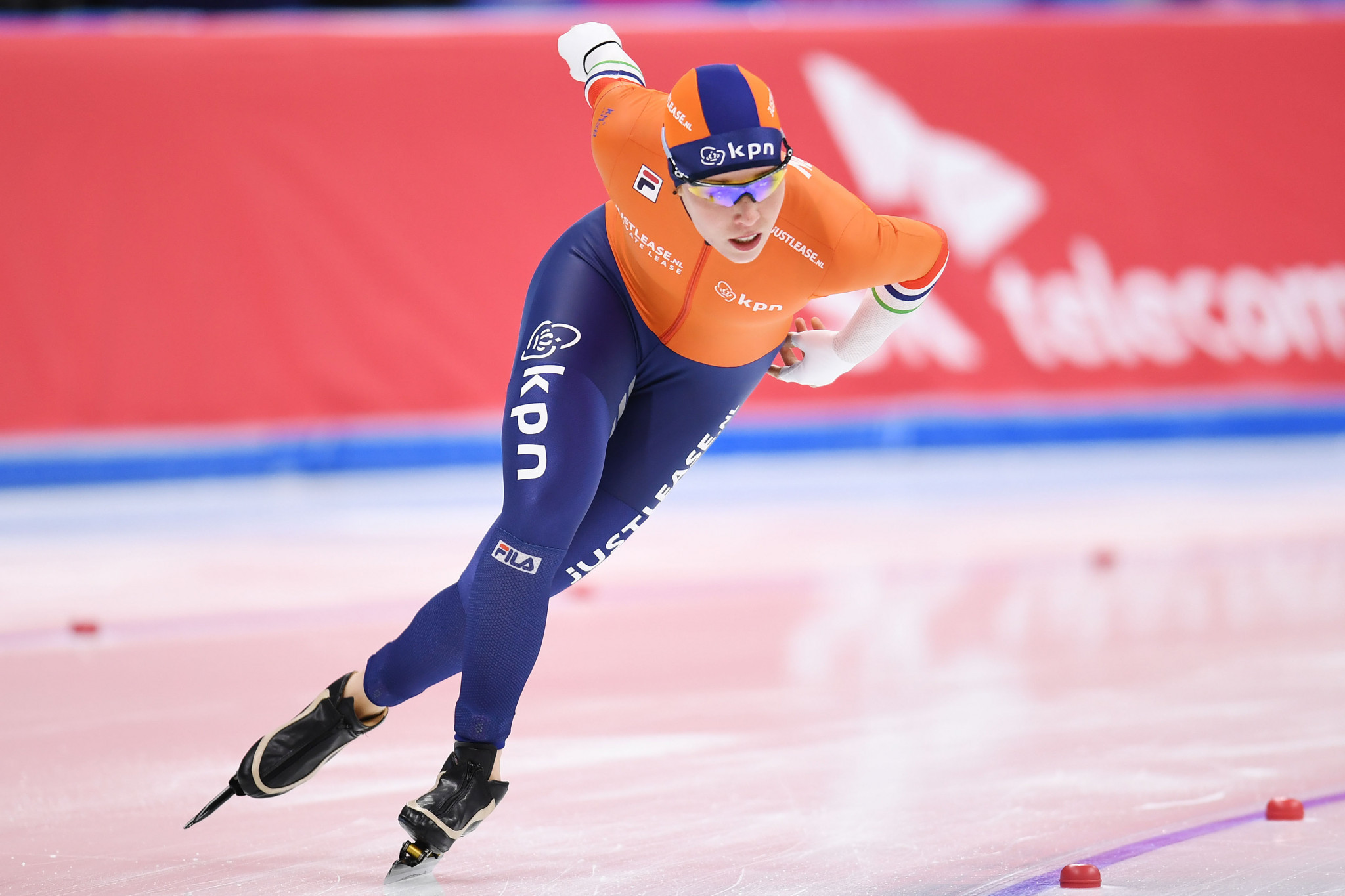 With action in the men’s and women’s 500 metres, the 3,000m ladies allround and the men’s 1,000m sprint at the Ritten Arena, it was a strong day for the Dutch as they topped qualifying in all four events.

In the first event of the day, the women’s 500m, Antoinette de Jong, who won Olympic team pursuit silver at Pyeongchang 2018, set the fastest time with a personal best of 39.194sec.

That saw her come in just seven-hundredths of a second ahead of Russia’s Elizaveta Kazelina, winner of five gold medals at the 2016 World Junior Championships in Changchun.

Spurred on by the home crowd, Italy’s Francesca Lollobrigida came in third with a personal best of her own at 39.563.

The Dutch also picked up first place in the men’s event as well, where 2017 European sprint champion Kai Verbij set the fastest time of 35.232.

Perhaps the performance of the day came in the last event, when Verbij returned from finishing top in the 500m to set a track record in the 1,000m.

He finished in a time of 1:08.970, almost a full second ahead of Russia’s Victor Lobas.

Håvard Holmefjord Lorentzen from Norway then came third in 1:09.889.