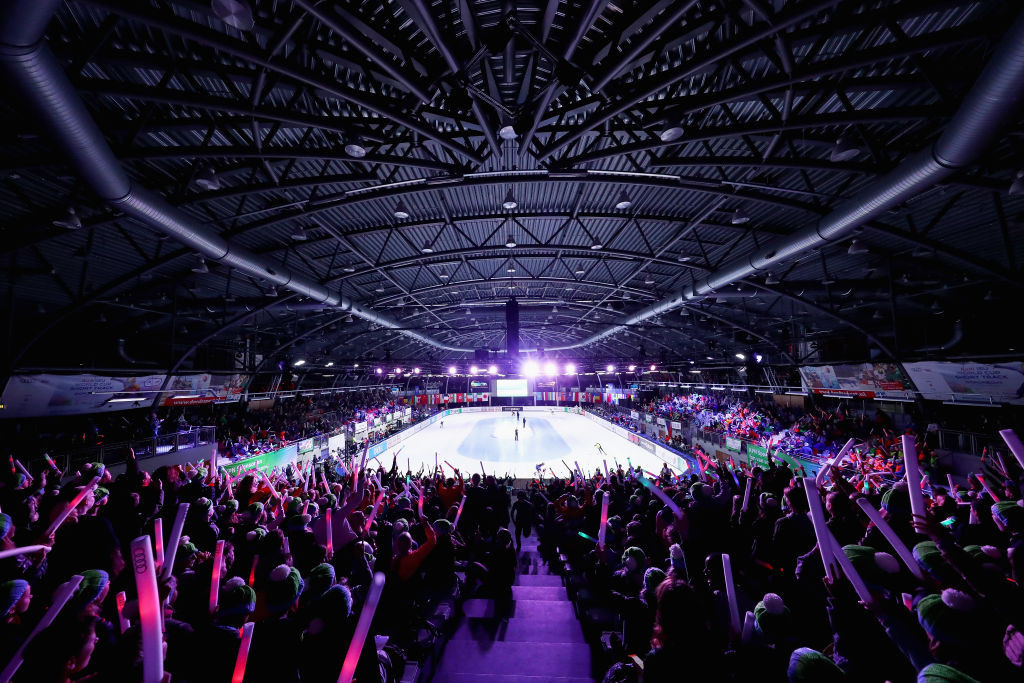 The International Skating Union (ISU) European Short Track Speed Skating Championships are due to take place in Dordrecht in The Netherlands over the coming four days with leading names from the continent set to compete.

Results in the women’s field at the Sportboulevard will certainly differ from last year's European Championships in Dresden in Germany.

Back then, Italy's Arianna Fontana was dominant and produced the sort of form that she would take into the Pyeongchang 2018 Winter Olympic Games.

Fontana is not skating this time around, and the smart money will be on in-form Dutch racer Suzanne Schulting taking her crown and The Netherlands perhaps dominating as Italy did last time.

Schulting has had a near-perfect season so far, winning ISU World Cup gold in the 1,000 metres in Calgary, Salt Lake City and Almaty, and also in the 1,500m in Calgary.

Young Russian Sofia Prosvirnova has found some form, winning silver in the 1,000m in both Salt Lake City and Calgary, while her compatriot Ekaterina Efremenkova has also been making podiums.

The 500m is the domain of Natalia Maliszewska, however, with the speedy Pole having already picked up gold over that distance at the ISU World Cups in Salt Lake and Calgary this season, although Hungary’s Petra Jászapáti beat her over the distance to win gold in Almaty.

Also in contention could be Great Britain’s Elise Christie, who will be returning to competition from injury at the European Championships, and the Dutch duo of Yara van Kerkhof, who had a great Olympics and finished fifth overall in this competition in 2018, and Rianne de Vries.

Veronique Pierron of France is also having a strong season.

In the men’s competition, very different results from last time around are expected.

Last year, The Netherlands' Sjinkie Knegt put in an astonishingly dominant performance, winning a hat-trick of gold medals - in the 500m, 1,000m and 1,500m.

Like Schulting, it propelled him to a great Olympics.

But Knegt, who has had a quieter start to this season, will not be skating in Dordrecht after tearing two muscles in his left leg last month in an incident involving a forklift truck.

That could leave Hungary's Shaoang Liu as the man to beat in The Netherlands.

The Hungarian has been in superb form, winning gold in the 1,000m and silver in the 500m in both Calgary and Almaty, and setting a world record as part of the 5,000m relay team.

His brother, Shaolin Sándor Liu, has also been impressing, winning 1,000m gold in Salt Lake City, and they will certainly form half of the quartet to beat in the relay as well.

The ISU European Speed Skating Championships are also set to be held at the outdoor Ritten Arena in Collalbo in Italy from tomorrow to Sunday (January 13).

The Netherlands' Sven Kramer and Ireen Wüst will defend their 2017 all-round titles.

Collalbo has previously hosted the ISU European Speed Skating Championships in 2007 and 2011.

In 2007, Kramer won the first of his record nine European all-round titles as a rookie at the Ritten Arena.

Four years later, Russia's Ivan Skobrev took the title in the absence of the injured Kramer.

The Dutch all-round king grabbed his ninth European title with an impressive performance two years ago on home soil in Heerenveen, but he lost the aura of invincibility at the World Allround Championships in Amsterdam last year.

The Norwegian was on course for the title before he slipped away in the final distance to miss his chance.

Kramer even missed to podium and finished fourth.

This season, Kramer has been struggling with a back injury, but he still comes fifth on the final Qualification Ranking List (SQRL) for the all-round category, in which the best 1,500m and 5,000m results of the first four ISU World Cups are combined.

The Dutchman has set his sights on three events for the remainder of the season.

Czech Republic’s Martina Sáblíková and Wüst have both won five of the last 11 European all-round titles for women, with Germany's Claudia Pechstein taking the other in 2009.

Sáblíková took the title in 2007 and 2011, when the Championships were held in Collalbo.

Like Kramer, the Czech veteran has not been her dominant self the past two seasons, however.

She has not won an ISU World Cup race yet this season and she is ranked seventh on the SQRL.

Wüst, who took the European all-round title in Heerenveen in 2017, is ranked second on that list, behind compatriot and former team-mate Antoinette de Jong, who came third behind Sáblíková and Wüst in the 2016 and 2017 Championships.