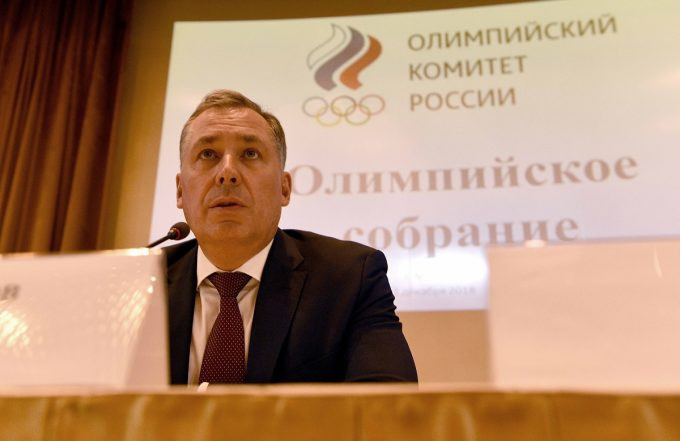 Pozdnyakov, a four-time Olympic champion in fencing who replaced Alexander Zhukov in the top job in May, was speaking after today's ROC General Assembly in Moscow.

Bach recently visited the ROC, a body still battling to repair its image after the country's doping crisis, to hold meetings with Pozdnyakov.

He heard about projects "aimed at developing sports and expanding cooperation with international organisations", according to Russia's official state news agency TASS.

"He [Bach] was presented with a vision of a new leadership and a number of projects," Pozdnyakov said.

"He expressed active support for ROC initiatives both in terms of education and expansion of the Russian representation in various organisations."

Pozdnyakov has this week been confirmed as an ex-officio member of the Association of National Olympic Committees Executive Council.

He was also one of only three National Olympic Committee Presidents invited to the Olympic Summit in Lausanne last Saturday (December 8), along with China and the United States.

The decision can be seen as step towards Russia becoming reintegrated in the governance of the Olympic Movement after the doping scandal.

This came to a head when the IOC suspended the ROC and forced Russian athletes to compete as neutrals at the 2018 Winter OIympic Games in Pyeongchang in February.

This was punishment for the "systematic manipulation" of the anti-doping system carried out by the country at Sochi 2014.

The IOC quickly reinstated the ROC just days after the conclusion of Pyeongchang 2018, however, despite two of the neutral delegation failing drugs tests during the Games.

Pozdnyakov has consistently stressed that doping is his top priority and claimed the crisis had been "reversed" in August following a meeting with Bach, also an Olympic fencing champion, and Russian leader Vladimir Putin during the FIFA World Cup.

At the General Assembly, Pozdnyakov said that Russia would be able to compete in full at Tokyo 2020.

"The issue of national team participation was not on the agenda of the Olympic Assembly," he said to TASS.

"We are constantly working to improve the quality of anti-doping culture in the country.

"I think this will allow our Olympians in full force to perform at the upcoming Games."

Other decisions taken at the General Assembly included expanding the number of Executive Committee members from 25 to 29.

The change will allow IOC members and honorary IOC members to automatically be given seats.