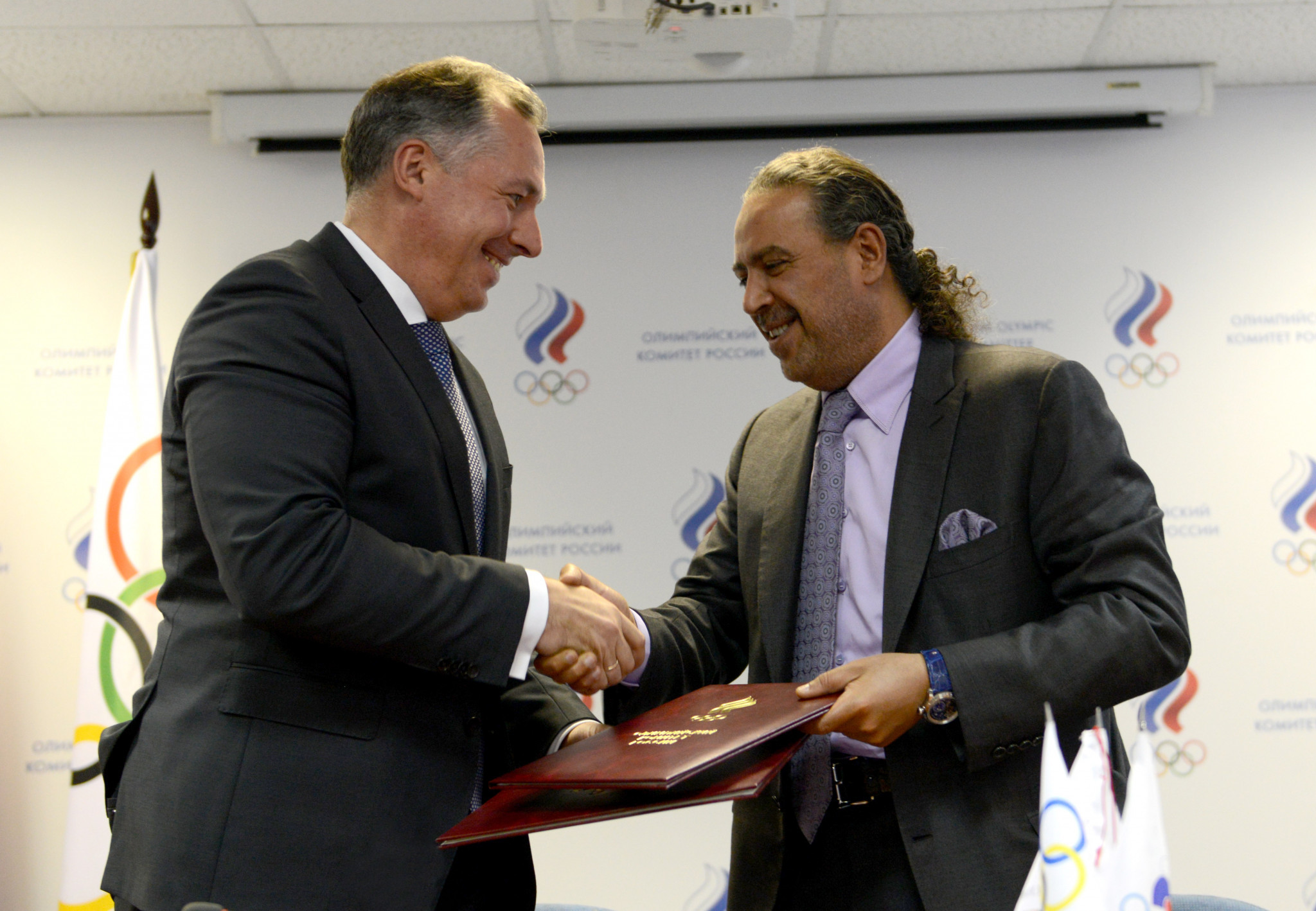 The Russian Olympic Committee (ROC) have signed agreements with Olympic Solidarity and the Olympic Council of Asia (OCA) to conduct "joint programmes" to boost anti-doping efforts.

The ROC claim the agreements will help provide education activities to ensure an anti-doping culture among athletes, coaches and specialists in Russia.

They also state this would apply in the Commonwealth of Independent States, which consists of 10 post-Soviet nations.

Georgia and the Baltic States, it is claimed, will also benefit from the joint programmes.

"Today we have agreed on practical steps to implement the zero tolerance policy for doping, including through educational activities for athletes, coaches and other professionals," said Stanislav Pozdnyakov, ROC President.

"Among the first joint projects of the ROC and Olympic Solidarity are the Forum of Young Olympians, which will be held annually on June 1, on Children's Day.

"This year our future winners and prize-winners of the Youth Olympic Games in Buenos Aires took part in it.

"We plan to invite not only Russians, but also young athletes from other countries to the second Forum.

"On this account, there are already relevant agreements with the Presidents of some NOCs.

"It's nice that our efforts to promote clean sports do not go unnoticed."

The programmes will ensure the training of managers and sports managers of all-Russia sports federations, as well as assisting other nations.

Sheikh Ahmad Al-Fahad Al-Sabah, President of the OCA and Olympic Solidarity, was present at a meeting to sign the agreements.

"We are pleased to deal with Mr. Pozdnyakov and his wonderful team," Miro said.

"The agreement between the ROC and Olympic Solidarity covers many areas of cooperation.

"In particular, it affects educational anti-doping projects designed to mobilise athletes, coaches and managers to combat doping, which is one of the most serious problems in sports - not only in Russia, but throughout the world.

"This means that the Olympic Committee of Russia is determined to work in this direction.

"The agreement also provides for the support of projects in the field of advanced training of sports managers and managers.

"At the same time, the ROC is among the leading NOCs, which, having knowledge and experience, assists others."

As part of the agreement between the ROC and the OCA, teams and athletes are expected to participate in competitions and training camps that will be held in Russia and countries which are part of the OCA.

Exchanges of coaches, experts and students will also take place, along with the participation of officials in various Congresses, conferences and seminars and courses, as well as joint sporting events and projects.

"The signing of agreements will serve to continue our fruitful cooperation with the Olympic Committee of Russia, with which we work in close contact," said Sheikh Ahmad, also the President of the Association of National Olympic Committees.

"Taking this opportunity, I would like to congratulate you on your successful performance at the Summer Youth Olympic Games in Buenos Aires, where Russian representatives won victories in competitions in various sports and won first place in the medal standings.

"It was interesting to get acquainted with the ROC Innovation Centre, which is successfully operating and has the potential, as well as plans for the creation of the Olympic Museum in Moscow.

"It is well known that Russia has hosted both the Summer and Winter Olympic Games, that it has a rich history in sports."

The agreements aimed at strengthening anti-doping efforts come one month after the Russian Anti-Doping Agency was declared compliant by the World Anti-Doping Agency (WADA) following the long running fallout from the doping scandal at the Sochi 2014 Winter Olympics.

RUSADA need to ensure access to the Moscow Laboratory by December 31 or they will face the threat of being declared non-complaint, with stronger sanctions in place under measures introduced by WADA in April.