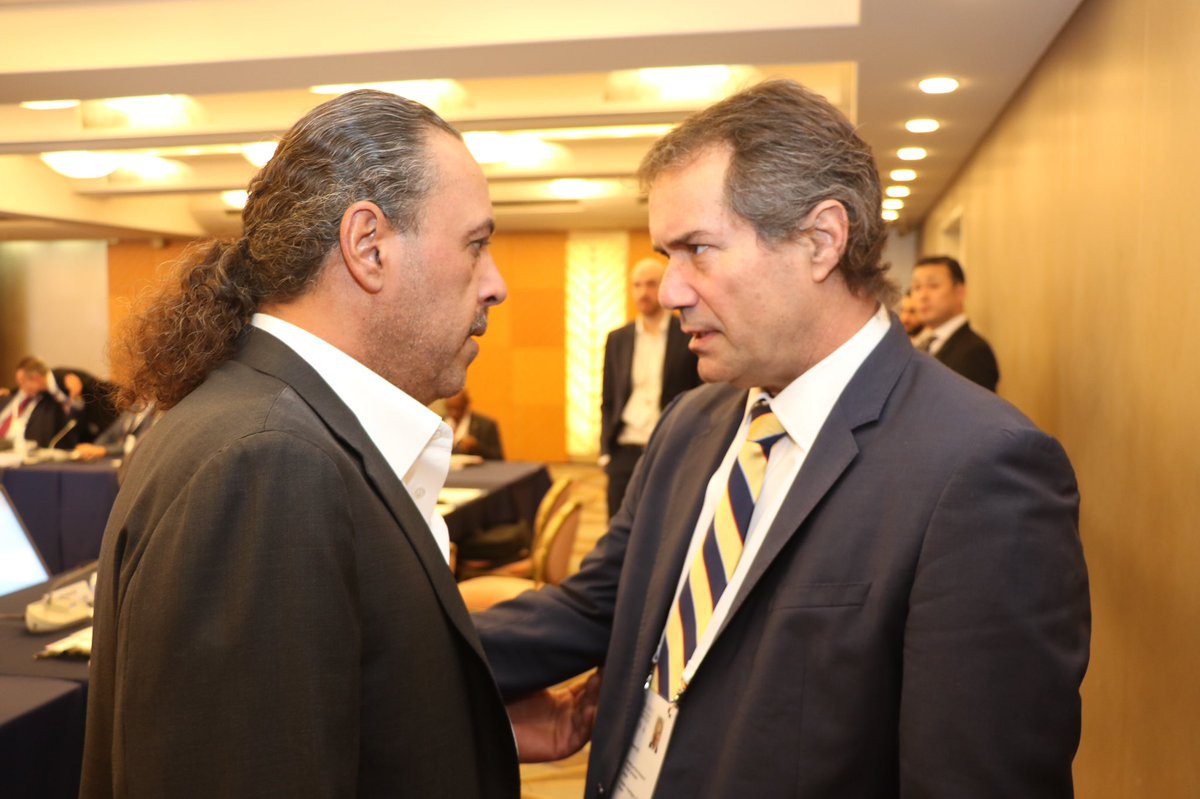 Sheikh Ahmad will temporarily stand aside as President of the umbrella body at the start of the meeting here following allegations of forgery.

International Swimming Federation head Julio Maglione is then set to chair the meeting owing to his position as senior vice-president, a role he will relinquish during the gathering of the 206 National Olympic Committees (NOCs).

The 83-year-old will be replaced by Fiji's Robin Mitchell, who will become Acting President in Sheikh Ahmad's absence.

The exact process following Sheikh Ahmad's decision will be confirmed by the General Assembly.

The planned election, where the key Kuwaiti powerbroker was due to secure a fresh four-year term, has been postponed and will not take place.

Sheikh Ahmad, one of five people accused of creating fake videos to prove two Kuwaiti Government officials were guilty of coup-plotting and corruption, was present at the Executive Council meeting.

insidethegames understands he received a round of applause from the Executive Council following the endorsement of his decision to stand down while he tries to clear his name.

International Olympic Committee (IOC) President Thomas Bach, who is in Tokyo for a week of visits and meetings before the Executive Board convenes for a two-day gathering on Friday (November 30) and Saturday (December 1), also spoke at the meeting.

As well as his ANOC position, Sheikh Ahmad has stepped aside as an IOC member and as head of the Olympic Solidarity Commission, which distributes money to NOCs across the world, until the case is resolved.

Sheikh Ahmad, who denies wrongdoing and has claimed the allegations against him are "politically-motivated", also briefly appeared at the Olympic Solidarity Commission meeting here this morning.

An IOC spokesperson told insidethegames he did not attend officially and was there "in his capacity as President of ANOC, simply to greet people".

"Since he has temporarily stepped aside as Olympic Solidarity chairman, he took the occasion to thank everyone for the work done together, and to wish the interim chair Robin Mitchell all the best," the spokesperson added.

"He left before the meeting started."

Sheikh Ahmad, one of the IOC's longest-serving members having been elected in 1992, stood aside as ANOC President following a request from Bach to do so after the latest accusations against him emerged.

The 55-year-old was also identified in a United States Department of Justice document in April in a case involving Guam's Richard Lai but denies wrongdoing.

In response to the allegations, ANOC said that "Sheikh Ahmad has full trust in the Swiss legal system and is confident that he will be able to clarify his position in full before the competent Swiss Courts".

"It is important to reiterate that Sheikh Ahmad strenuously denies any wrongdoing in this legal case which he states is politically and maliciously motivated," ANOC added in a statement.