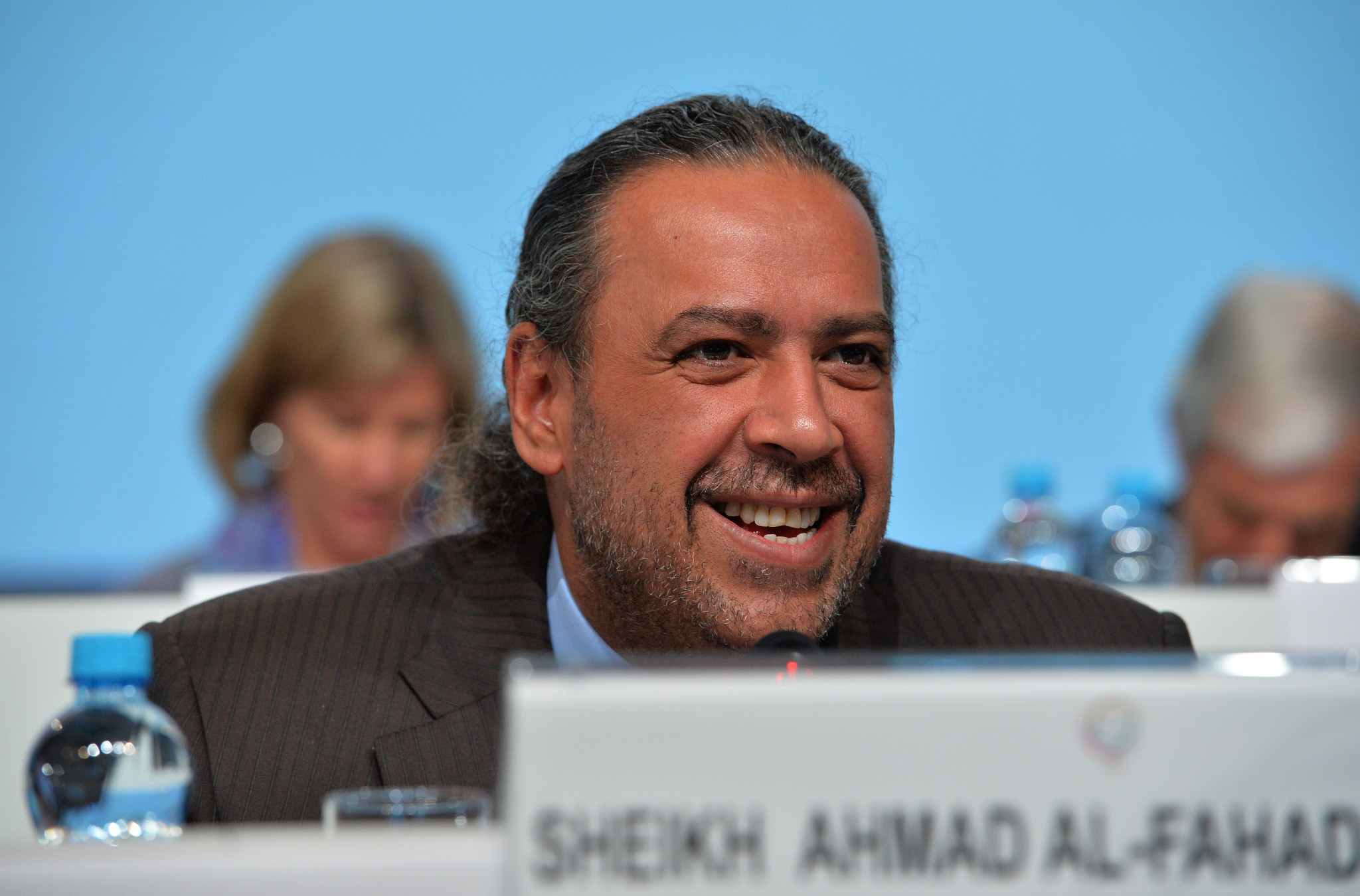 Sheikh Ahmad Al-Fahad Al-Sabah will vigorously defend his "innocence and integrity", according to the official's office, after legal action was launched in Switzerland over the alleged forging of videos.

The case was reportedly launched against the President of the Association of National Olympic Committees (ANOC) and Olympic Council of Asia (OCA) earlier this month, according to Geneva newspaper Le Temps.

Sheikh Ahmad, an influential International Olympic Committee (IOC) member, and four co-defendants, three lawyers and one other person, are said to have been accused.

The Swiss newspaper claimed prosecutor Stéphane Grodecki has accused the defendants of creating fake videos as part of a plot against two Kuwaiti Government officials.

He allegedly claimed the pair had laundered money, misused public funds and plotted to topple the Government, saying his evidence was based on computerised documents and film records.

Sheikh Ahmad secured a Swiss Court ruling to prove that the voices of the two officials heard in his recordings were genuine but the allegations were dismissed by a court in Kuwait as "fabrications".

He was eventually cleared of all charges by Kuwait's Supreme Court after he was accused of insulting the judiciary, which had initially led to a six-month suspended prison sentence being issued.

Sheikh Ahmad has always denied wrongdoing and never spent any time in jail.

Grodecki "has filed charges with the [Geneva] Correctional Court against these people for having completely fabricated an arbitration in Switzerland with the goal of lending credibility in Kuwait to contested videos," Catherine Hohl-Chirazi, a lawyer representing al-Khorafi's children in the case, told news agency Agence France-Presse.

A statement from the office of Sheikh Ahmad claimed the Swiss case was "politically and maliciously motivated" and insisted the Kuwaiti official was innocent of the charges brought.

"We are fully aware of the legal action that has been filed against Sheikh Ahmad al Sabah in Switzerland," a statement read.

"We note the case is politically and maliciously motivated, relating to a Kuwaiti political dispute dating back to 2012.

"The case has absolutely nothing to do with sport and furthermore, in accordance with the OCA Constitution, the OCA Ethics Committee thoroughly reviewed this case at its meeting on August 17 and cleared the OCA President of any wrongdoing in relation to the OCA Constitution, OCA Rules or OCA Code of Ethics.

"Sheikh Ahmad will be vigorously defending his innocence and integrity in this case.

"He is totally confident that the Swiss Courts will exonerate him, and that he will be cleared of all the false allegations.

"Until that time and in accordance with international law, Sheikh Ahmad should be afforded the presumption of innocence.

"In order not to prejudice the ongoing legal case, there will be no further comment."

The case comes a week before Sheikh Ahmad is set to be re-elected as President of ANOC in Tokyo.

The OCA have now cleared him of allegations of wrongdoing for the second consecutive year.

The official was identified in a United States Department of Justice document in April in a case involving Guam's Richard Lai.

Sheikh Ahmad did resign from all footballing roles including his membership of the FIFA Council.

Sheikh Ahmad was exonerated of wrongdoing by the OCA at their 2017 General Assembly in Ashgabat, where officials gave the Kuwaiti two standing ovations.

This was replicated at last year's ANOC General Assembly, where he received a round of applause from delegates in Prague after being cleared of wrongdoing following the allegations of corruption.

It followed a speech by Uruguay's Julio Maglione, who had been announced as ANOC first vice-president as a replacement for Ireland's Patrick Hickey, in which he claimed to have taken "requisite action" to "dispel any doubts" about Sheikh Ahmad's integrity.

The case has also been referred to the IOC Ethics Commission but they have yet to report publicly.