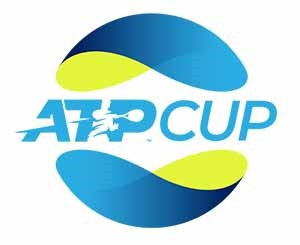 Tennis Australia and the Association of Tennis Professionals (ATP) have unveiled a new team competition called the ATP Cup which will start the men's tennis season from 2020.

The tournament will split 24 countries into six groups in a round robin format, before a knock-out phase determines the overall winner.

Up to five players will make up each team and a tie will consist of two singles matches and one doubles.

The criteria for entry will be based on the ATP ranking of the number one singles player in the team.

It will take place over ten days in the lead up to the Australian Open in January in three Australian cities.

The event can be seen as a direct-rival to the International Tennis Federation's new World Cup of Tennis, which has come after they agreed to radically reform the Davis Cup.

ATP executive chairman and President Chris Kermode, chief executive of Tennis Australia Craig Tiley and President of the ATP Player Council Novak Djokovic were at the launch at the ATP Finals in London, where a brand identity and a promotional video were also unveiled.

"I like that it's owned by ATP, by the players, and that we have ranking points, and it's going to be the best way to kick start the season," said Djokovic, Serbia's 14-time Grand Slam champion who is also competing at the ATP Finals.

"Australia is a country that has a Grand Slam, that nurtures tennis tradition.

"More than 90 per cent of the time we're playing as individuals and we don't have too many team events.

"This is going to bring together a lot of nations and for me personally it will be a very nice and proud moment to represent my country."

The new tournament will be the first ATP team competition since Dusseldorf's ATP World Team Cup which ended in 2012.