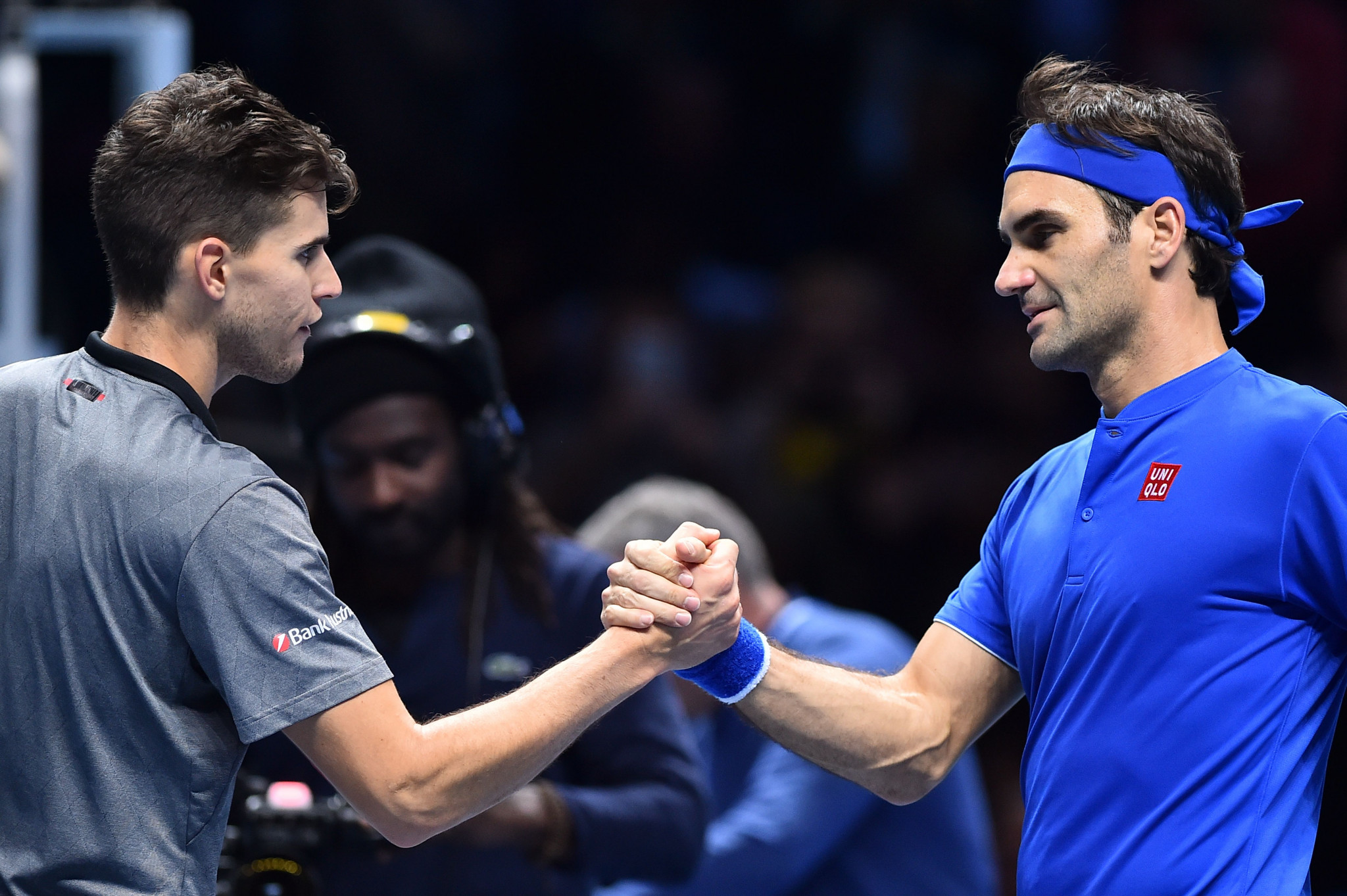 Roger Federer recovered from his opening group match defeat to keep alive his hopes of a seventh Association of Tennis Professionals Finals victory with a comfortable win over Dominic Thiem at London’s O2 Arena.

The 37-year-old Swiss, who has 20 Grand Slam singles titles to his name, was beaten in straight sets on Sunday (November 11) night by Japan’s Kei Nishikori and knew that another defeat would preclude him reaching the semi-finals by finishing in the top two of his group.

But Federer, seeded second in this event behind Serbia’s world number one Novak Djokovic, restored his fortunes by beating his young Austrian opponent 6-2, 6-3.

Next up for Federer is South Africa’s Kevin Anderson, who earned his second group match win by crushing Nishikori 6-0, 6-1 earlier in the day.

Speaking to Sky Sports, Federer said: "It feels good, I am very happy that I showed a reaction after the last match.

"No match is easy here.

"It is not something I'm used to - losing then coming back to play.

"Dominic [Thiem] is a great guy and has one of the best backhands in the game.

"Against Kei [Nishikori], it was 4-4 in the first set and we were both playing very badly.

"Instead of seeing things positively, I thought negatively.

"It was disappointing but it happens and Kei played well at the end to make it hard for me.

"Today I was more positive and happy on the court."

On the subject of his next match against Anderson he added: "I hope it is not a match like Kevin Anderson played this afternoon.

"It is never easy to play against him, especially indoors.

"I am happy I am getting a chance to play him again and have a re-match [from Wimbledon.]"

Anderson, who beat Federer to reach the Wimbledon final, won 66 per cent of the total points and afterwards told BBC Sport it was "one of the best matches I have ever played".

Before the match, Anderson's wife Kelsey tweeted that for every ace the South African served against Nishikori he would donate $100 (£77/€88) to the rescue effort in California, where forest wildfires have killed 42 people.

He served five aces in each set - while Nishikori managed just two in total.