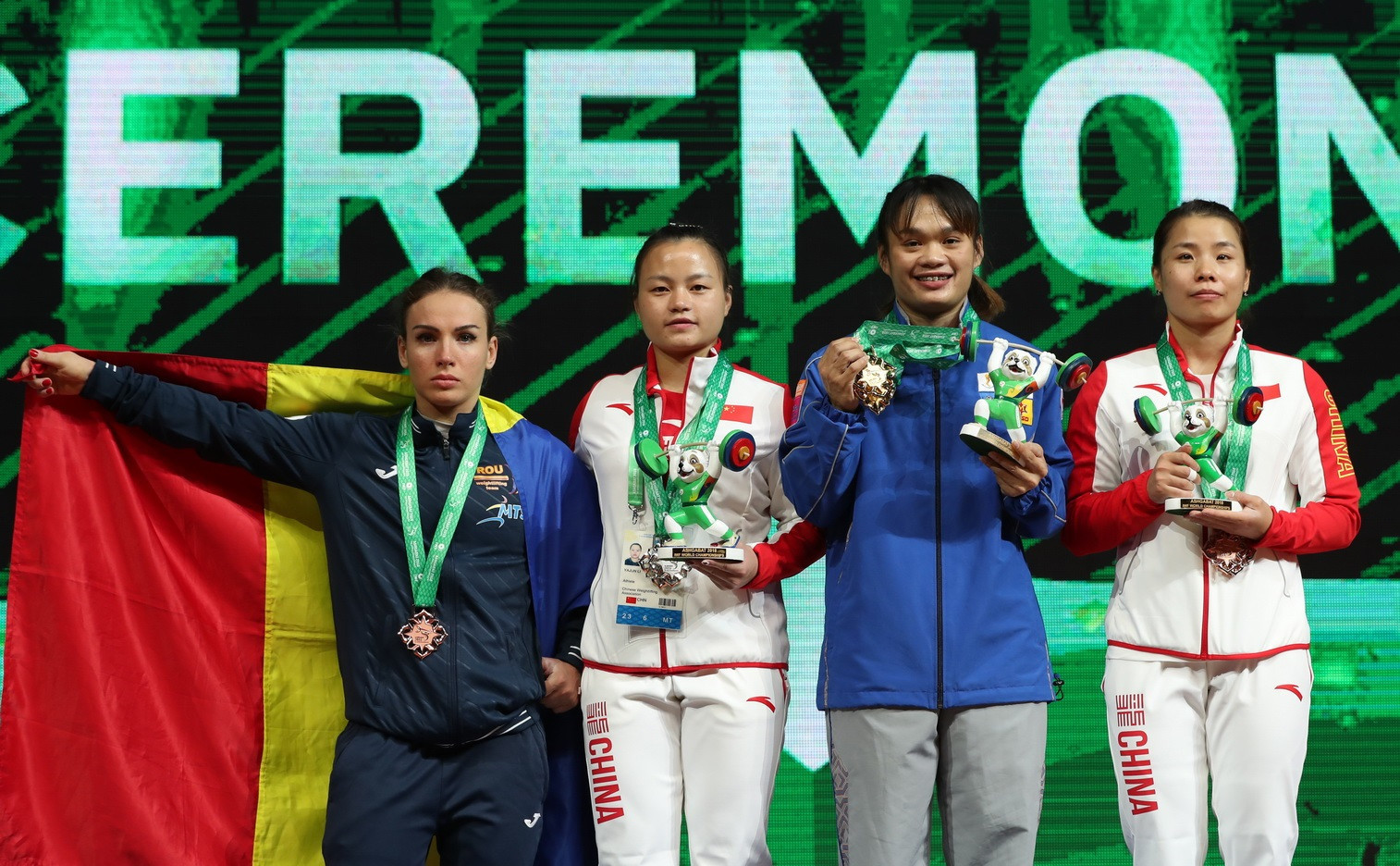 She broke the world standard in the snatch with her first lift of 101kg before improving it to 103kg and then to 105kg.

"Before the Championships, we concentrated on technical training and I improved a lot," she said.

"I feel relieved and happy."

China's Li Yajun and Zhang Wanqiong were Srisurat's closest challengers with both finishing on 225kg.

She was the runner-up in the snatch with 102kg and came fourth in the clean and jerk with 123kg.

Romania's Cristina Iovu rounded out the snatch podium with 123kg.

Despite finishing off the podium in the snatch with 89kg, Pramongkhol registered the two best lifts in the clean and jerk, 115kg and 120kg, to record a total of 209kg.

China’s Huo Zhihui finished second overall with 208kg as well as in the snatch with 93kg and clean and jerk with 115kg.

Compatriot Jiang Huihua completed the top three with 206kg having finished third in the snatch with 92kg and the clean and jerk with 114kg.

She set seven junior world standards in the event, beating her own mark with every good lift.

Thailand’s Sopita Tanasan, the Rio 2016 Olympic and 2017 world gold medallist, prevailed in the snatch with a world standard-breaking lift of 93kg.

She came fourth overall, however, having finished in the same position in the clean and jerk with 108kg.

"I am happy with today’s result," she said.

"I did not expect any more or less."

Also in dominant form today was Indonesia’s Eko Yuli Irawan, who followed up his recent home triumph at the 2018 Asian Games by claiming a clean sweep of gold medals in the men’s 61kg category.

A world standard-breaking lift of 174kg in the clean and jerk took his total to 317kg, which was also a new global mark and bettered the 313kg he set moments earlier.

Irawan was just shy of the 144kg world standard in the snatch, finishing with 143kg.

"I am very happy to win the World Championships for the first time and this is what I expected from myself," the three-time Olympic medallist said.

Rounding out the clean and jerk podium was Colombia’s Francisco Antonio Mosquera Valencia with 169kg.

Another notable performance came from Uzbekistan’s Adkhamjon Ergashev as he set junior world standards of 136kg in the snatch and 293kg in the total to finish sixth overall.