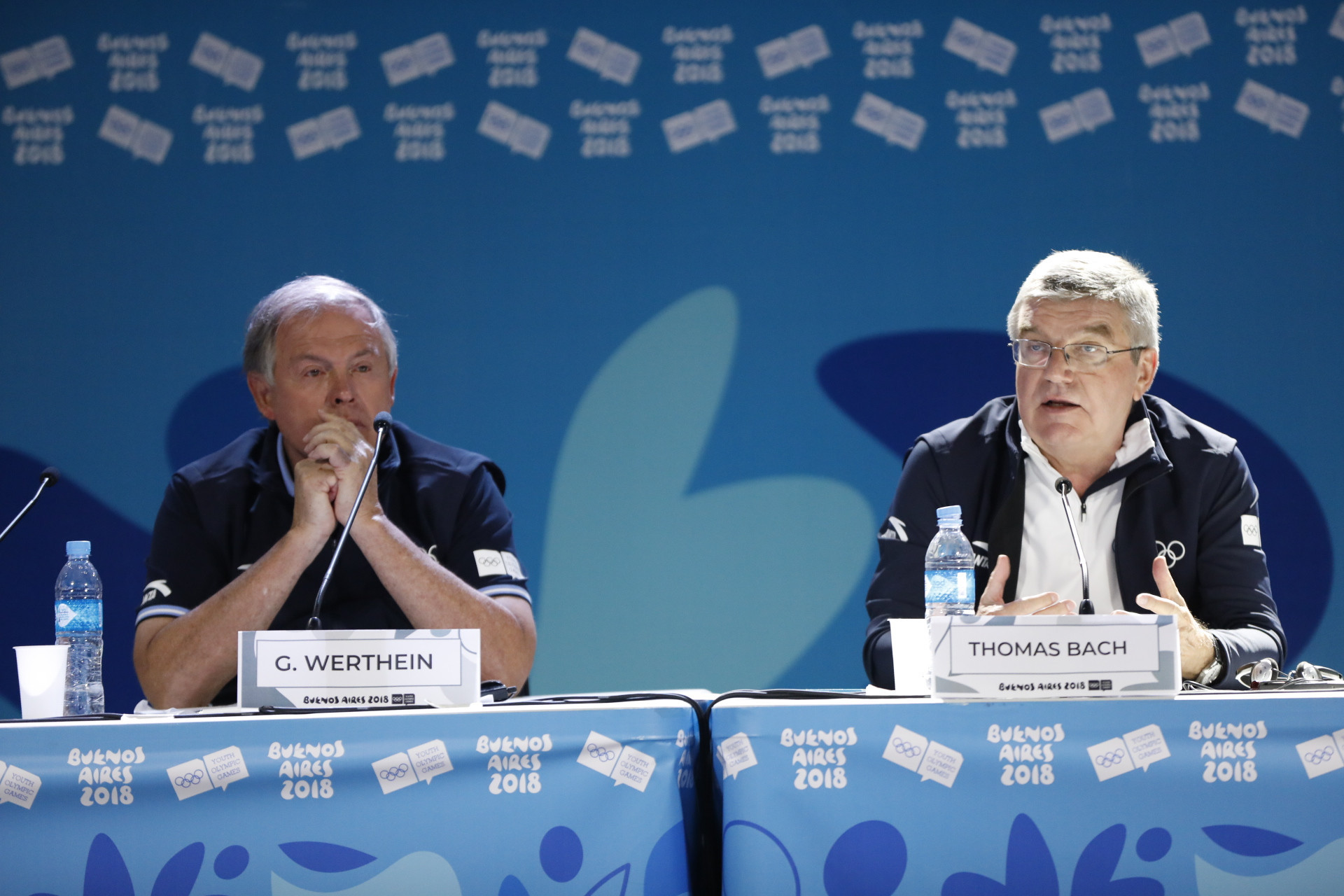 Buenos Aires has the capability to be a great host of the 2032 Summer Olympic and Paralympic Games following the "outstanding success" of the youth event here, International Olympic Committee (IOC) President Thomas Bach has claimed.

Bach insisted nobody in the IOC had any doubt the Argentinian capital could stage the Games after claiming the 2018 Summer Youth Olympic Games, due to conclude here today, had "exceeded all our expectations".

The IOC President claimed it was now up to Argentine to decide whether the country will enter the race for the 2032 Olympics but hinted he was hopeful they would become a candidate.

"After this outstanding success of these Youth Olympic Games, I could not see anybody in the IOC having any doubt about the capability of Argentina and Buenos Aires to organise an excellent Olympic Games," Bach said.

Gerardo Werthein, President of the Buenos Aires 2018 Organising Committee and an IOC member, revealed Argentinian officials would sit down to discuss the possibility after the Youth Olympics here had been fully analysed.

"We have to digest and see what lessons are learned from these Games but we have to start thinking if Argentinians want this, if there is consensus, and if we have the economic resources," Werthein, considered one of Bach's most loyal allies, said.

"If we all agree that this is a good step for Argentina then we have to sit down, organise, take a look at the budget and make decisions.

"I’m very honoured to see that the IOC sees Buenos Aires as a candidate but we are the ones who have to make this decision."

Buenos Aires has bid for the Olympic Games on several occasions.

They first bid in 1936 when the event was awarded in Berlin.

The city's next attempt was for 1956, which was the closest they came to be awarding the Games, losing to Melbourne by only one vote.

They subsequently bid for the 1968 Olympic Games, awarded to Mexico City, and 2004, which Athens won.

Should interest be firmed up by Buenos Aires, the Argentine capital would join India, Indonesia, Australia, Germany and a joint bid from North and South Korea as possible candidates for 2032.

Bach announced here earlier this month that he had received official confirmation that Indonesia will bid for 2032.

Last month, North and South Korea agreed to launch a joint bid for the 2032 Games.

It has also been suggested that Ushuaia, the southernmost city in the world where Bach travelled too earlier this month to carry the Youth Olympic Torch, could launch a bid for the 2024 Winter Youth Olympics.

The IOC has not yet started the process for the 2024 Games but Bach praised the city after his visit there.

"We were very impressed with the facilities in Ushuaia and in the mountains, seeing the many teams preparing for the winter sport season and all very happy with the conditions both on and off the ski piste," Bach said.

"Ushuaia may study of hosting the Youth Winter Olympic Games but there is still some way to go.

"First of all, it depends on our Argentinian friends, it is in their hands.

"At this moment, we are a little bit caught in the success of the Summer Youth Games and we leave it to Gerardo and his team and the Government to look into this matter."