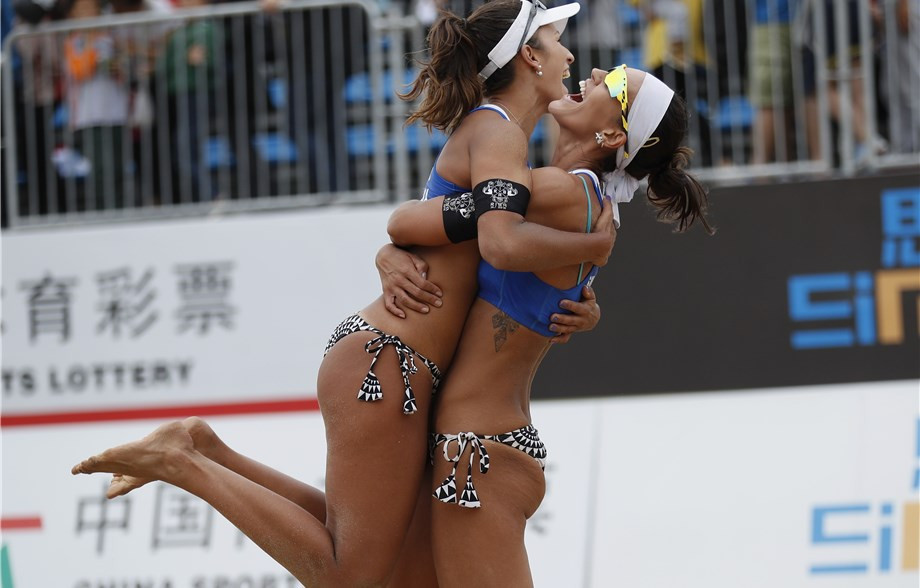 The International Volleyball Federation (FIVB) is back in China for the next event on its 2018-2019 beach volleyball World Tour calendar, the inaugural Yangzhou Open.

The four-star event starts tomorrow and will run until October 14, and is the second of the five double gender tournaments set for China this season.

It will be headlined by China's top men's pair Gao Peng and Ha Likejiang and women's pair Wang Xinxin and Xia Xnyi.

Among the challengers are Brazil's Pedro Solberg and Bruno Oscar Schmidt in the men's event, while a Brazilian pair will also lead the charge on the women's side in the form of Barbara Seixas De Freitas and Fernanda Alves.

In the men's qualification round Olympic volleyball champion David Lee from the United States will make his World Tour debut, playing alongside Mark Edwin Burik.

The women's qualification round, meanwhile, will feature the Qinzhou three-star winners Rebecca Cavalcanti and Ana Patricia Silva from Brazil, who face Canada's Caleigh Cruickshank and Anna Dunn-Suen in their first match.

In all, 43 men's teams from 22 countries will take part, while the women's competition will feature 39 teams from 18.