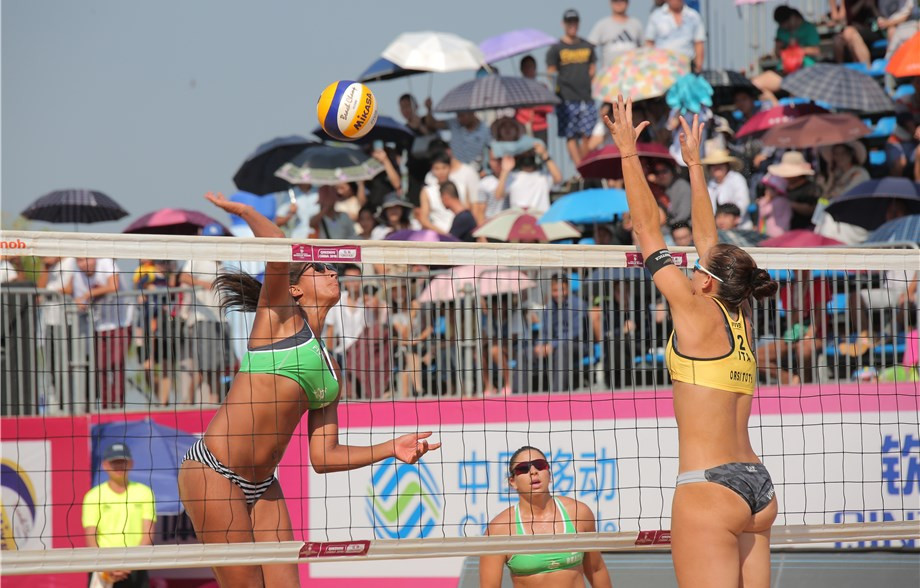 The US were triumphant in the men's event, with Tri Bourne and Trevor Crabb easing past Russia’s Taras Myskiv and Valeriy Samoday 21-18, 21-9.

"We played them in pool play and they beat us, so we were expecting a tough match," Crabb said.

"We knew that we had to have a better game plan, which kind of showed after that first set.

"Tri Bourne was awesome and we’re so happy that we won the gold.

"We were both aggressive on defence and blocking, and we sided out consistently.”