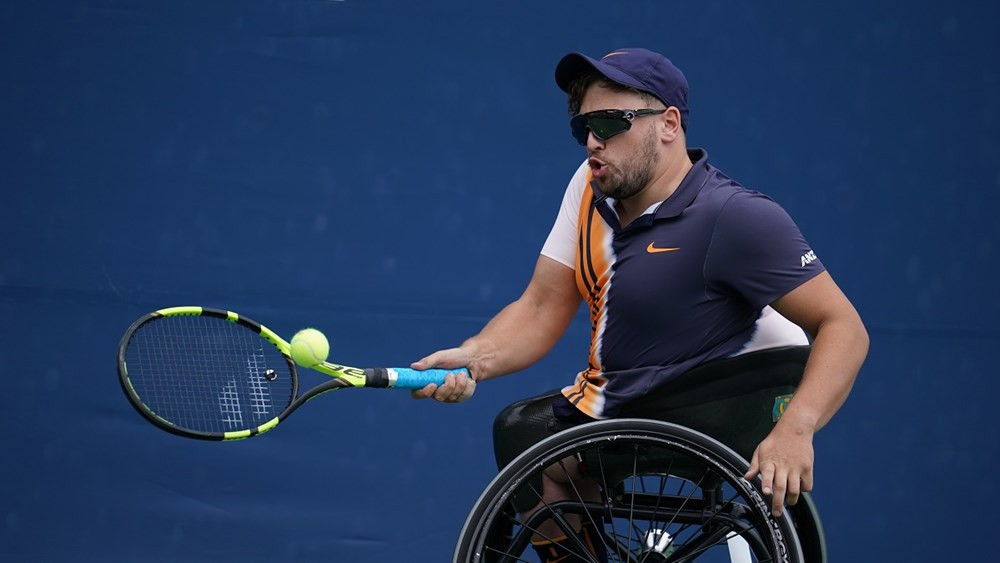 Alcott clinched the quad crown as he dethroned defending champion David Wagner of the United States with a 7-5, 6-2 triumph at Louis Armstrong Stadium as rain forced all three finals to be held indoors.

The triumph for Alcott saw him earn his sixth Grand Slam quad singles title and added to his doubles success on home soil at the Australian Open earlier this year.

Hewett, Paralympic silver medallist in Rio de Janeiro in 2016, improved on finishing as runner-up at the US Open last year as he beat top seed Shingo Kunieda of Japan.

The Briton was in fine form as he recorded a 6-3, 7-5 victory over the Japanese player.

"It's easy to get lost on that Louis Armstrong court," said Hewett.

"We don't normally get to play on the show courts.

"It's something I'm very happy about."

The women's final was also a straightforward affair as De Groot was again impressive in a 6-2, 6-3 demolition of Japan's Yui Kamiji.