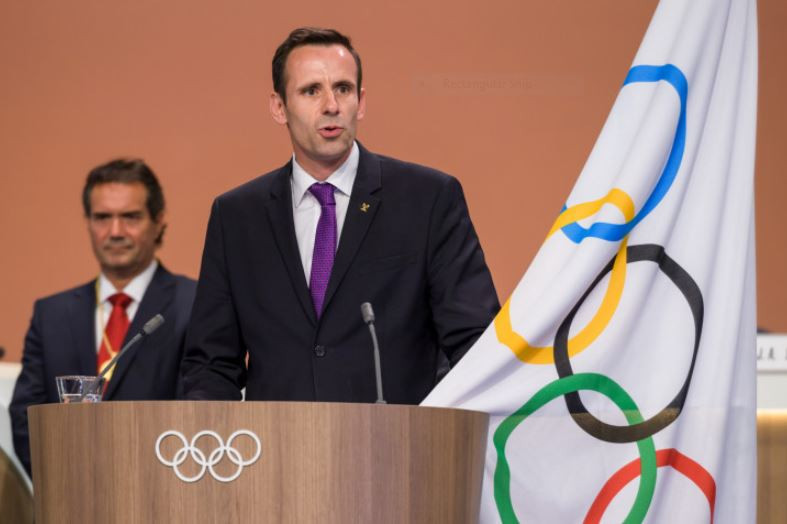 International Rowing Federation President Jean-Christophe Rolland has re-affirmed his sport's cautious stance on introducing mixed events and its determination not to reduce the standard regatta racing distance of 2,000 metres.

A year ago, Rolland said that while mixed events were not ruled out as an option, it should be introduced at lower levels in the sport rather than started "at the top event of an athlete’s career".

He added that the sport was "strongly opposed to shortening the racing distance because we believe that the aerobic aspect of our sport is fundamental to our culture and core values".

A year on, Rolland - who became an International Olympic Committee (IOC) member last September - told insidethegames: "In terms of mixed events, we have not changed our thinking on this dramatically except for the fact that we have introduced a mixed coastal rowing double sculls at the 2018 World Rowing Coastal Championships in Victoria, Canada this October and Para-rowing has mainly mixed events.

"In terms of the racing distance there is no change in the position.

"We consider sprint racing to be an excellent way to promote the sport - in a new setting, in the centre of cities - and the best rowers outside of the usual season.

"But not as a new high level competition distance, for many obvious reasons.

"I would say the biggest challenge for World Rowing is correctly reading and adjusting to all the changes in the fast-changing world around us.

"Also the world of sport, media, broadcasting and marketing is evolving so rapidly as well.

"Inside our sport, it is going very well and growth is excellent and sustainable.

"We are working very hard on reading the changes in the world and the world of sport, and working with our members to adjust and lead the appropriate changes for our sport.

"This means FISA's Strategic Plan including greater involvement in indoor rowing and coastal rowing as well as FISA's Olympic Strategy as the Olympic Movement moves through the constantly changing environment.

"We have some important discussions and key decisions coming up leading to 2020."

Rolland is here referring to FISA's critical casting of its proposed Olympic programme for Paris 2024, which will be decided upon by the IOC in 2020.

What has energised this analysis, as in every other forward-thinking International Federation, is the news that arrived at the end of July from the IOC.

Not only do the 28 core Olympic sports have to reduce quotas to bring the number of competitors who will take part in the Tokyo 2020 Games down to 10,500 for the Paris 2024 Games, they also have to accommodate to the "two or three" new sports expected for Paris 2024, without that figure of 10,500 growing.

Rolland was speaking with the World Rowing Championships beginning in Bulgaria today.

For the full Big Read with the Frenchman, click here.