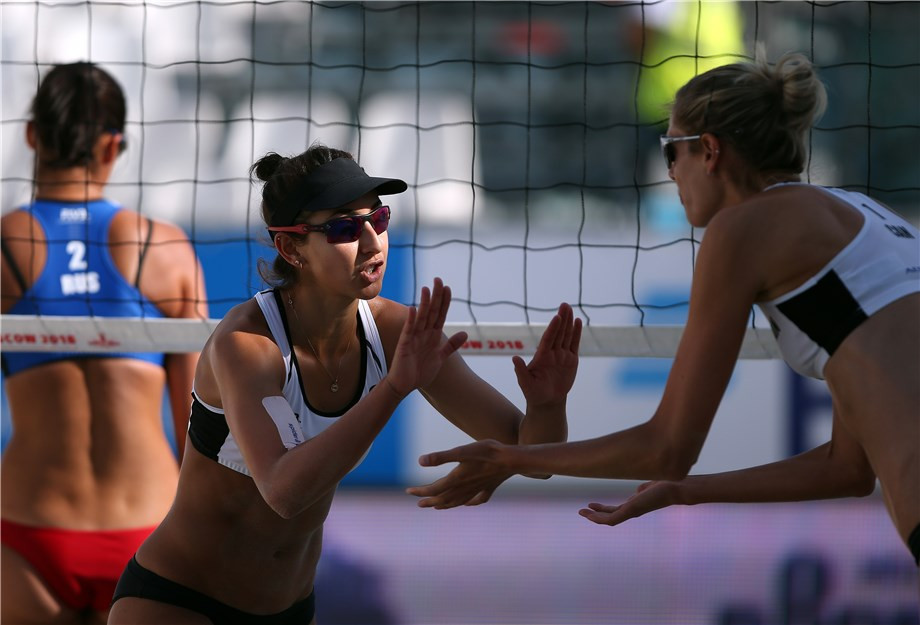 Top seeds Sarah Pavan and Melissa Humana-Paredes of Canada made an impressive start to the women's event as they booked their place in the second round at the International Volleyball Federation Moscow Open.

The Canadian duo were in good form on the opening day of main draw action as they recorded two victories at the four-star World Tour beach tournament.

Pavan and Humana-Paredes began with a convincing 21-16, 21-10 win against Russia’s Alexandra Moiseeva and Ekaterina Syrtseva in Pool at the Gorky Park in the capital city.

They then sealed their place in the next round by beating Finland’s Taru Lahti and Anniina Parkkinen 21-19, 21-14.

"Anytime you win your pool is amazing because the field is getting stronger and stronger, so it’s never easy to win the pool," Pavan said.

"We played a team that hasn’t been on tour for a while this morning and that is a little scary, and Finland have been playing well.

"It was close at the beginning and I was proud of how we could pull away at the end of both sets."

Agatha Bednarczuk and Eduarda Santos Lisboa of Brazil followed the Canadian pair into the next round as they also won both of their Pool B matches today.

The Brazilian team overcame Russia’s Yulia Abalakina and Ksenia Dabizha 21-13, 21-5 before they defeated Betsi Flint and Emily Day of the United States 21-19, 21-14.

The tournament in the Russian capital is due to continue tomorrow.