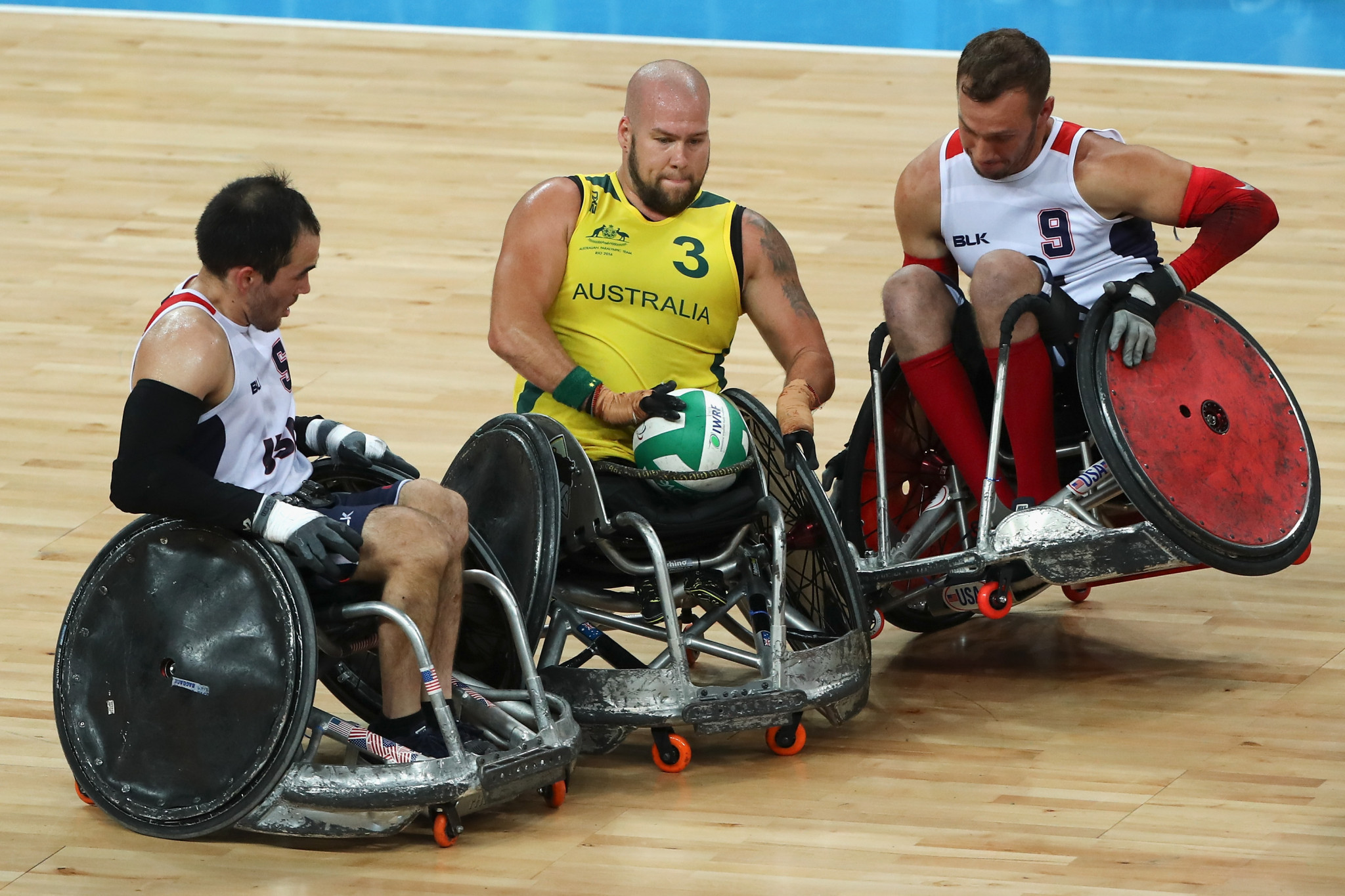 Hosts Australia will become the first team in wheelchair rugby history to hold two Paralympic gold medals and two world title at the same time if they win the International Wheelchair Rugby Federation (IWRF) World Championships which are due to start in Sydney tomorrow.

The Steelers were crowned Paralympic Games champions at London 2012 and Rio 2016 and won the last World Championships in Odense in Denmark four years ago.

They will enter this year’s tournament on home soil at the Sydney Olympic Park Complex as firm favourites to win once again.

The Australians are in Group A alongside Japan, Sweden, New Zealand, Denmark and Ireland.

Japan and Great Britain will each be looking to reach their first World Championships gold medal match in Sydney.

The two teams were separated by just one point at Rio 2016.

Great Britain, drawn in Group B alongside the US, Canada, France, Colombia and Poland, have finished fourth twice before but never made the final.

If they can finish ahead of Canada, winners of the World Championships in 2002 and the runners-up to Australia in 2014, then Britain will fancy their chancews.

It will not be easy, however, as this tournament is widely expected to be the most hotly contested yet with a thrilling conclusion expected on August 10.