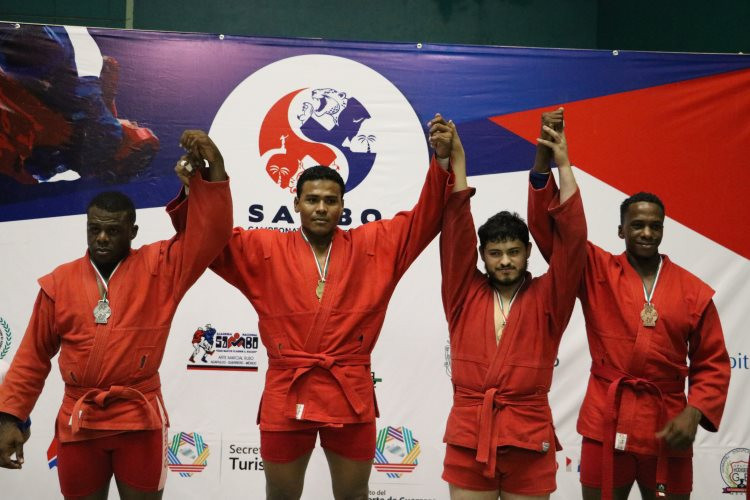 The Dominican Republic doubled their gold medal tally on the second and final day of the Pan American Sambo Championships in Mexican city Acapulco, adding a further five wins to the five they achieved yesterday.

There was also a hat-trick of successes for the Dominican Republic in sport sambo competition at the Emotion Casino Jai Alai.

Both of Colombia's were won in combat sambo thanks to final wins over opponents from the Dominican Republic.

Nicaragua’s triumphs also came at the expense of athletes from the Dominican Republic with Sayra Laguna overcoming Evelin Cuevas in the women’s 60kg final and Moises Frederick beating Bladimir Frias in the men’s 100kg.

The US’s Nina Cutro-Kelly was the sole competitor in the women’s over-80kg category.

Completing the event's programme was a beach sambo exhibition tournament.

Competition in the discipline, making its debut at the Championships, took place on Papagayo Beach.