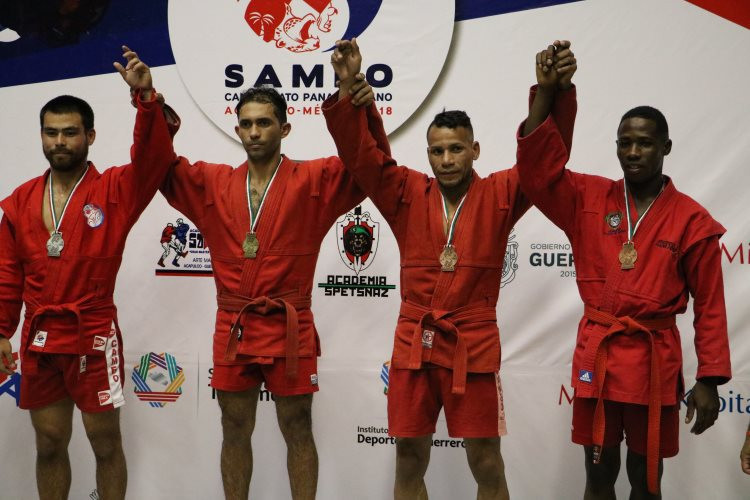 The Dominican Republic claimed five of the 13 gold medals on offer as action begun today at the 2018 Pan American Sambo Championships in Acapulco.

There was further success for the Dominican Republic in the men’s 52kg final, which saw Anderson Pineda overcome Brazil’s Raí Dias.

Hosts Mexico ranked second in terms of the number of wins today with three.

Their gold medallists were Andrea Guillen in the women’s 72kg, Gilberto Cardoso in the men’s 74kg and Angel Delgado in the men’s 90kg.

Venezuela tasted victory on two occasions thanks to the performances of Hendrymar Rodriguez in the women’s 56kg and Lucas Borregales in the men’s 62kg.

Action at the Emotion Casino Jai Alai is due to conclude tomorrow with an additional 13 weight categories taking centre stage.

Competition in beach sambo, making its debut at the Championships, is set to take place on Papagayo Beach in the evening.