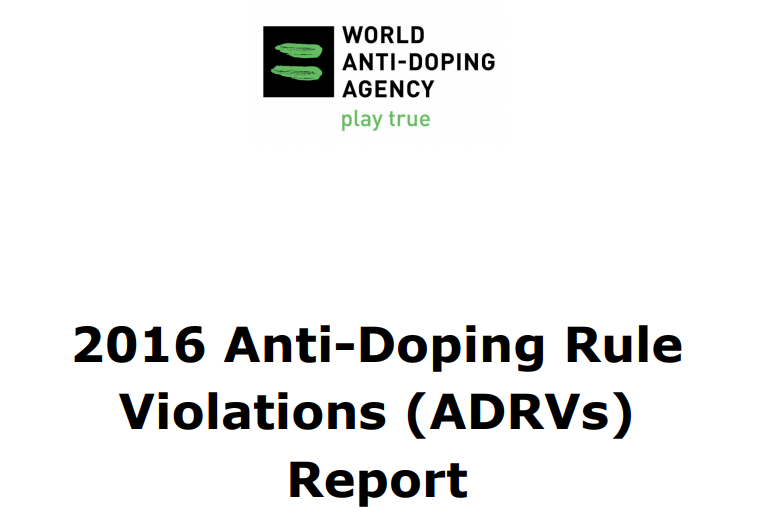 Italy top the list of countries with the most doping cases in 2016, a new report has revealed, while athletics produced more than any other sport.

The World Anti-Doping Agency (WADA) focused on Anti-Doping Rule Violations (ADRVs) rather than failed tests which did not necessarily result in a sanction.

Italian athletes accounted for 147 cases, a huge total in comparison with the 86 registered by second placed France.

United States were third with 76 followed by Australia with 75 and Belgium with 73.

Russia and India each recorded 69 while Brazil and Iran had 55 cases apiece.

Athletics comfortably registered the most cases of any individual sport, with 205.

It was followed by bodybuilding with 183, cycling with 165 and weightlifting with 116.

Football registered 79 cases, although this was down on the 108 reported for 2015, while the top 10 was completed by powerlifting with 80, wrestling with 64, rugby union with 56 and both aquatics and boxing with 35.

The report did not detail which substances the athletes had tested positive for, but the cases resulted from in and out-of-competition tests as well as intelligence-led testing.

In total, 1,595 ADRVs were registered of which 1,574 came from athletes and 21 from athlete support personnel across 112 sports and discipline.

Only 21 ADRV cases emerged through blood testing in comparison with 1,305 through urine analysis.

Only 44 per cent of failed tests (AAFs) resulted in a sanction, a low figure partly explained by the 2016 decision to exonerate many of those who failed tests for meldonium.

Eleven per cent of AAFs were dismissed because of a "valid medical reason" while five per cent were categorised as “no case to answer”.

A further 19 per cent resulted in “no sanction” because the athlete was exonerated - including but not limited to meldonium cases - while 22 per cent of samples were "still pending".

A further 269 ADRVs resulted not from a failed test but through "non-analytical" methods.

"We are continuing to see the impact of intelligence-based testing, an area of increasing focus for the Agency as we strengthen our investigations and intelligence-gathering capacity.

"While in and out-of-competition testing remains critical to detecting doping, recent events have shown that investigative work is becoming ever more important as we look to protect clean athletes' rights worldwide."