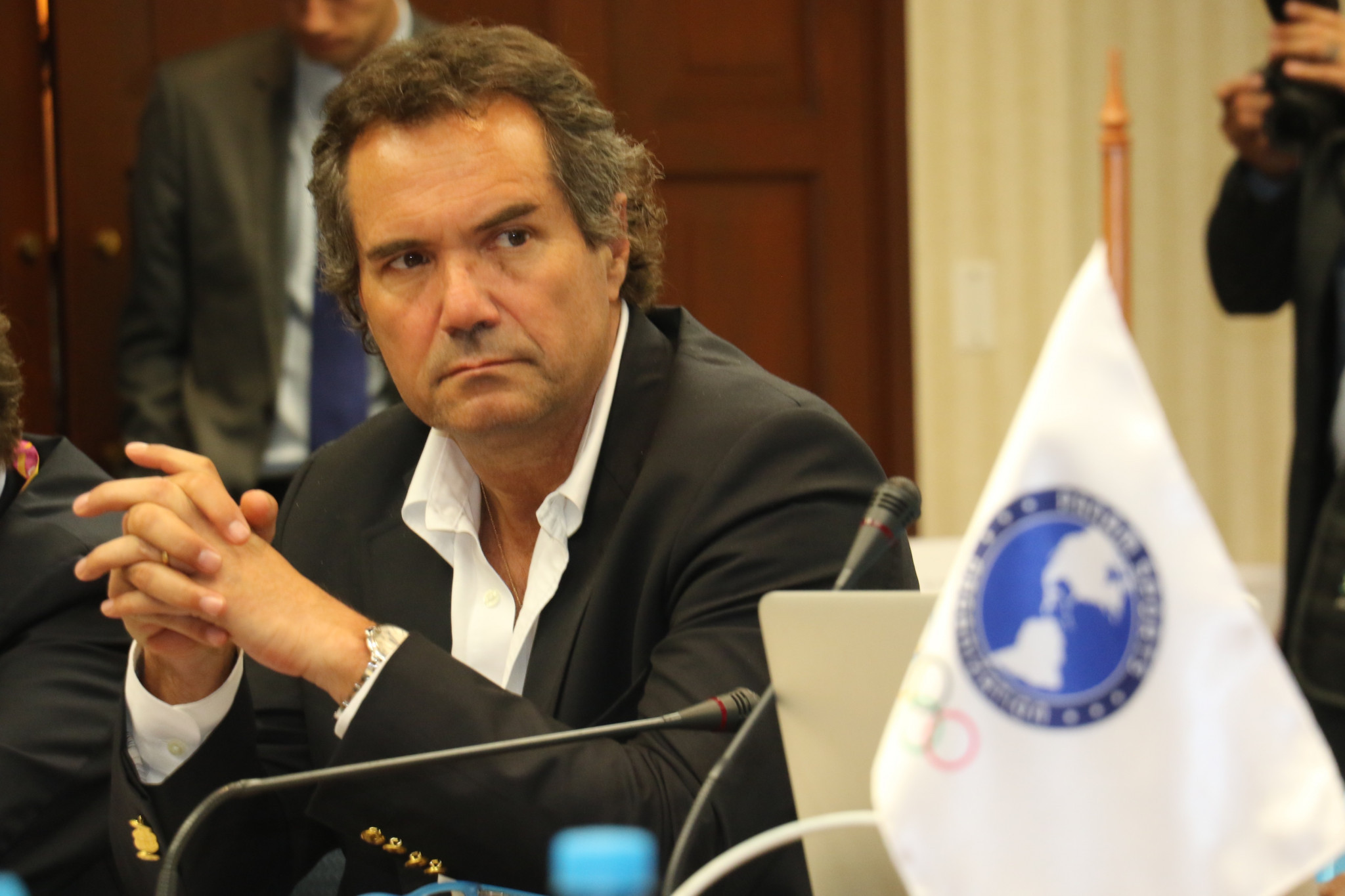 PanAmSports President Neven Ilic has warned that "time is scarce" in preparing for the 2019 Pan American Games in Lima following the latest series of meetings of the Coordination Commission for next year’s event.

The main objective of the meetings, which took place in the Swissotel in the San Isidro district of Peru's capital, was to examine the progress in the different areas that the Lima 2019 organisers are working on.

Ilic was joined at the gathering, where a series of presentations were made, by PanAmSports secretary general Ivar Sisniega and Lima 2019 President Carlos Neuhaus and his team.

Among the talking points of the meetings was the Athletes’ Village, which PanAmSports claims has seen a surprising amount of progress, as well as the start of construction at some venue sites and the different operational areas which are said to be working around the clock.

There were also some issues raised which require "urgent solutions", such as the initiation of works at the National Sports Village (VIDENA), as well as the recruitment of volunteers.

"These meetings have been very productive, and with the site visits we get a good picture of how Lima will be able to host these Pan American Games," Ilic said.

"The Commissions are working hard in their mission of coordinating, supporting and supervising the works that are being realised here.

"There is good work being done but we must not relax for one second.

Lima 2019 Coordination Commission chair Keith Joseph highlighted that although there were still challenges that needed to be confronted, members were impressed by the cohesiveness of the leadership team, by the fact that a number of positions have been filled and that a group is beginning to emerge that is working diligently.

"There are of course areas that have yet to be covered and that’s the reason we have these meetings, so that we can get updated reports and so that we can see what is actually being done and presented," he said.

"We can make corrections that we hope that the Organising Committee will take on board.

"Meanwhile, from the PanAmSports side, we will endeavour to ensure that they facilitate our objective which is that the Games are of a particularly high standard."

Neuhaus added: "It’s positive because we are talking about all areas in an open manner, they are meetings full of trust and mutual work.

"People are understanding what the priorities are and that’s where we will be making progress.

"The reception of the PanAmSports authorities has been very good.

"We agree that we need to accelerate in certain areas, tighten others, and keep working hard, but we are committed."

Michael Fennell, chairman of the Lima 2019 Technical Commission, also commented on the meetings and the work that is being carried out.

"We had a meeting of the Technical Commission where we looked at a number of issues that were outstanding with the Organising Committee and we were quite clear that some very solid progress has been made," he said.

"However, there is still a long list of details that we have to go through to satisfy ourselves that the standard that we want to meet will be met, and which will make Lima 2019 into a first-class product.

"Therefore, we are looking at all the details, particularly the overlays for the venues, the technology that will be used and facilities for the athletes because we want to be athlete centred, and to see how those can be put together.

Earlier this week, Peruvian President Pedro Pablo Kuczynski praised the "excellent" progress at the Lima 2019 Athletes' Village and claimed he is more confident than ever that organisers will deliver an "outstanding" facility.

Kuczynski, who narrowly survived an impeachment vote in December following his links to a construction company at the centre of the widespread corruption scandal in Brazil, visited the venue alongside Ilic and Neuhaus.

The Athletes' Village had been one of the main concerns for PanAmSports and organisers amid fears the crucial project would not be ready on time.

Kuczynski attended the inauguration of the Village last September, held during the International Olympic Committee Session in Lima.

The Village, located in the heart of the Villa El Salvador district in the southeast of Lima, is due to include 1,096 apartments which will be home to approximately 10,000 athletes and coaches during the Games.

It is hoped that work at the facility, being constructed by Chilean consortium Besco-Besalco, will be completed by February 2019 - five months before the Opening Ceremony of the Pan American Games is due to take place on July 26.

Tomorrow, on the last official day of the sixth Lima 2019 Coordination Commission meeting with the Organising Committee of the next edition of the Games, there will be a visit to the Athletes’ Village as well as some of the sports venues, including VIDENA.

The Coordination Commission and Lima 2019 will then reconvene at the Swissotel in the afternoon, when the former will present its conclusions from the visit.