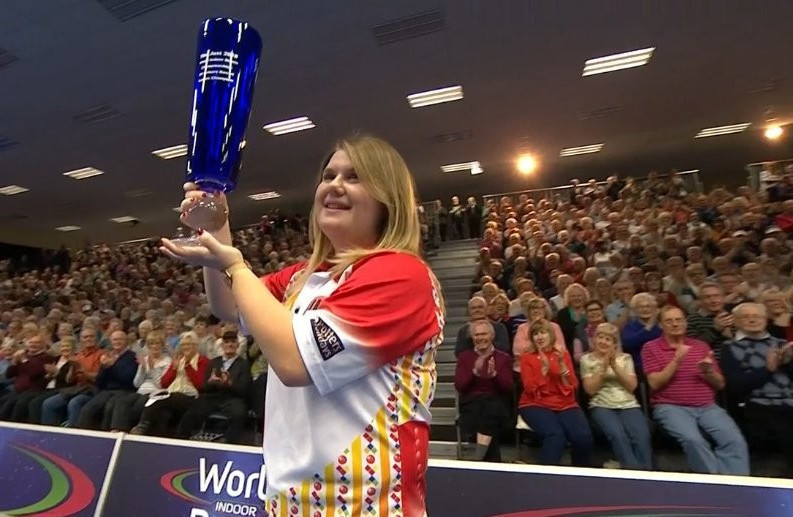 Rednall put her opponent under pressure from the very start of the match and Field even found herself having to play her way out of trouble in the first end, playing weight to ditch the jack and collect a single.

Defending champion Rednall then kept up the tempo and Field was unable to score until the eighth end, allowing Rednall to take the first set 13-3.

The 22-year-old then kept up this momentum in the second set.

A four in the fifth end gave 2013 champion Field a glimmer of hope but she was unable to back it up, allowing Rednall to win the second, and final, set 13-6.

As reported by Bowls International, upon claiming her third ladies singles title at the World Indoor Bowls Championships, Rednall said: “I am so pleased to defend my title, I was really pleased with how I started and I managed to carry it on.

“The first title will always be the most special but every one is great.”

Defeated finalist Field added: “I genuinely think that she was pretty much unbeatable.

“I played a good saving bowl on the first but then it was pretty much like sit back and watch Katherine draw back touchers.

“She is not shakeable and I didn’t really know what length to play.

“I don’t think I panicked, I did get annoyed with myself a couple of times but she was just too good for me with her drawing today.”

The other three matches of the day were all in the men's singles with Robert Paxton defeating fellow Englishman Les Gillett 8-8, 9-5 in the day's opener whilst last year's runner-up Greg Harlow of England saw off compatriot Scott Edwards 9-6, 9-3.