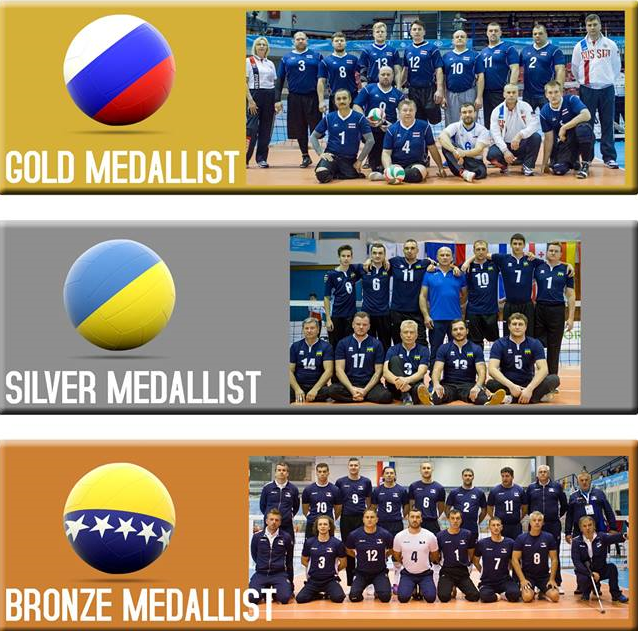 Russia were crowned winners of the men’s European Sitting Volleyball Championships after overcoming Ukraine in the final in Porec.

The Russian team had provided one of the highlights of the competition yesterday, when they triumphed in a five set epic against Bosnia and Herzegovina, ending their opponents' hopes of a 10th straight continental title.

The final proved a far more straightforward affair for Russia, as they dominated the match against Ukraine in the Inter Sport Zelena Laguna.

Having won the opening set 25-18, Russia were able to go from strength to strength as they closed on the title.

Their team eventually celebrated a 25-18, 25-14, 25-17 win over Ukraine, who had the consolation of winning a medal in the men’s event for the first time.

Bosnia bounced back from their semi-final defeat in the bronze medal match, with their squad overcoming Croatia.

Despite a spirited performance from the host nation, they were unable to stop Bosnia from claiming a straight set 25-21, 25-16, 25-18 win.

The result carried the added importance of securing Bosnia’s place in next year’s World Championships as one of the three European qualifiers, along with Russia and Ukraine.

The three teams will also be joined by The Netherlands, who received an automatic place as the hosts.

Russia also beat Ukraine in the women’s final later today, with the tie bringing the Championships to an end.