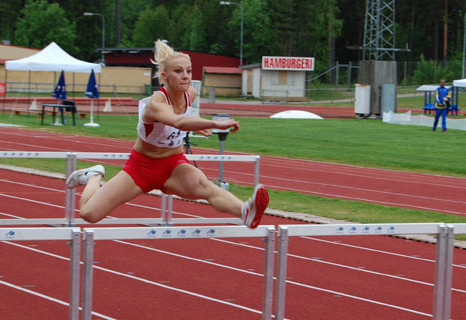 The International Federation for Intellectual Impairment Sport (Inas) is to target potential female athletes through a new campaign.

#WeAreSport will recruit up to 20 current athletes to receive training in traditional and digital media techniques.

A similar number of administrators from Inas member bodies will be given help to enable them to champion women in sport in their own countries, with a view to becoming elite athletes.

"We know from participation across the 15 sports we manage that female athletes are under-represented," said Robyn Smith, the Inas vice-president and and chief executive of Sport Inclusion Australia, who are co-funding the project.

"This is not unique to any particular sport or part of the world, but is a challenge faced by almost everyone in all regions.

"At the Paralympic level, there were four countries who finished in the top 10 in the medals table that entered less women than men with intellectual impairments to Rio 2016.

"At the grassroots women and girls with intellectual impairments struggle with the confidence to try sport much more than their male counterparts."

The first activities in #WeAreSport are due to take place early next year.

This will involve training webinar for 40 athletes and administrators.

Each athlete will receive a media pack which will contain their biography, pictures and graphics they can share on social media.

Administrators will be given materials and guidance to help attract female athletes into sport, with an obligation to deliver at least one development workshop in their country.

The main focus will be on Africa, Asia and Oceania but other regions will also be included.

The event is supported by a grant from the Agitos Foundation, the development arm of the International Paralympic Committee, and will culminate on the International Day of Sport for Athletes with an Intellectual Impairment.