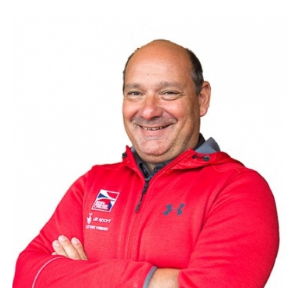 Dominik Scherrer has reportedly stepped down as head coach of British Bobsleigh with less than 150 days until the Pyeongchang 2018 Winter Olympics.

BBC Sport has reported that they have seen Scherrer's resignation e-mail to athletes and staff.

In the e-mail, the Swiss said he no longer had control over strategy.

"The reasons for my resignation are: Until now it was possible for me to decide what strategy we use," he said, as reported by BBC Sport.

"This is no longer possible.

"I have always been success-oriented and I don't feel comfortable with the current strategy and I don't have the competence to make decisions in that regard.

"Also, it will not be possible to work with the same performance team in the future.

"What made us successful in the past is that I could be who I am.

"This is, for reasons that we all could not have foreseen, no longer possible."

Scherrer joined the British Bobsleigh and Skeleton Association (BBSA) in May 2012 after helping his home country to a pair of bronze medals at the Turin 2006 Winter Olympics.

He follows performance director Gary Anderson to the exit door, who ended an eight year tenure earlier this month.

Britain were hoping to gatecrash the podium at Pyeongchang 2018.

Their four-man crew finished fifth at the 2014 Winter Olympics in Sochi, just 0.11 seconds away from a bronze medal.