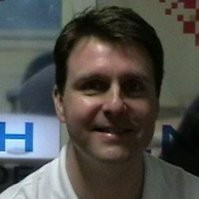 The British Bobsleigh and Skeleton Association (BBSA) has announced that Chris Price will join the organisation on a short-term basis.

Price will serve as a world class programme strategic advisor at the governing body.

His appointment follows the decision of performance director Gary Anderson to reduce his workload.

Anderson announced earlier this month that he would relinquish some of his duties due to health issues and personal circumstances.

However, he will continue his work preparing for next year's Pyeongchang 2018 Winter Olympic Games in South Korea.

Day-to-day leadership of the BBSA will now be in the hands of Price.

He already boasts pedigree in sliding sports, having been involved in the GB Skeleton set-up during the 2002, 2006 and 2010 Olympic cycles.

Price has worked with a number of sports in strategic leadership positions and is currently based at the English Institute of Sport as head of performance support for British Judo and Pentathlon GB.

The BBSA said they were grateful that both organisations had shown "flexibility" by releasing Price.

After Anderson's decision, the governing body pledged their "complete support" to allow him to focus on other areas of his life.

Britain will be looking for more medals in Pyeongchang after Lizzy Yarnold won skeleton gold at Sochi 2014.

Shelley Rudman won a silver medal at Turin 2006 and Alex Coomber bronze at Salt Lake City 2002, when skeleton made its Olympic debut for women.

It means Britain have won a medal at every women's event contested.

The last one was at Nagano in 1998 when they won a bronze medal in the four-man.

Britain's only gold medal in bobsleigh came at Innsbruck 1964 when Tony Nash and Robin Dixon won the two-man competition.

Prior to that, Britain won a bronze medal in the four-man at Garmisch-Partenkirchen in 1936 and a silver at Chamonix in 1924, the first-ever Winter Olympics.