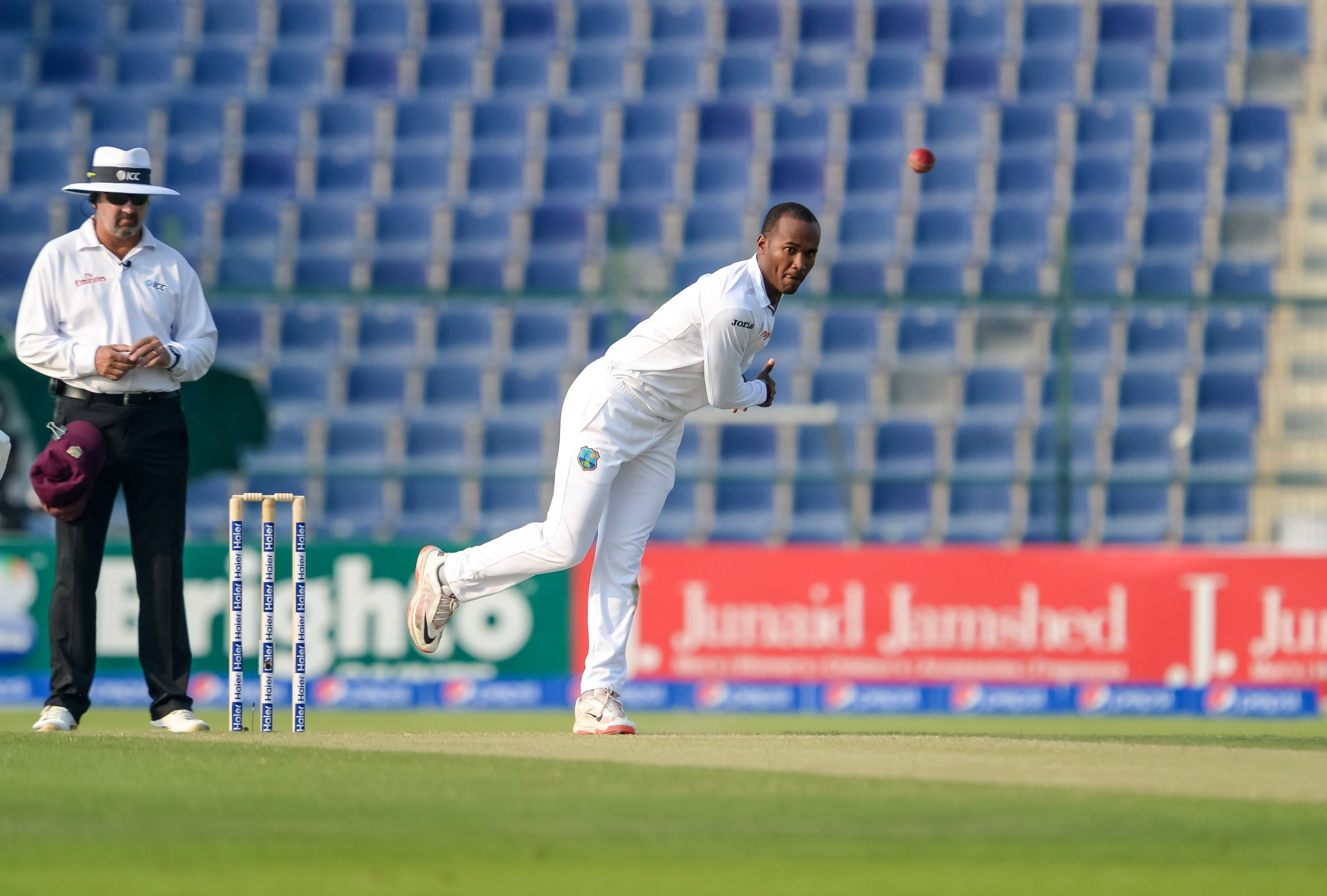 Kraigg Brathwaite has had his bowling action reported following the West Indies’ heavy defeat against England in a Test match.

The match officials' report from the match, the first day/night Test contested in England, played at Edgbaston in Birmingham cited concerns about the “legality” of the 24-year-old’s action.

In the laws of the cricket, a bowler must keep his bowling arm straight when delivering the ball.

However, regulations state that players can have a slight bend in their elbow of up to 15 degrees.

Brathwaite is an opening batsman for the West Indies but also occasionally bowls off-spin and has picked up 12 wickets in 38 Tests.

During the match at Edgbaston, Brathwaite bowled six overs, ending with figures of no wickets for six runs.

Following the citing, Brathwaite will now have to undergo testing at an International Cricket Council-accredited centre within 14 days of the report being made.

He will be permitted to continue bowling in international matches until the test results are known.

The West Indies lost the Test match by an innings and 209 runs inside three days on Saturday (August 19).

Their second innings lasted just 45.4 overs, finishing just a few hours after being bowled out the first time, which prompted England to enforce the follow-on.

Brathwaite scored 40 runs in the match, all of which came in the second innings.

The second Test of the three-match series is due to start at Headingley in Leeds on Friday (August 25).