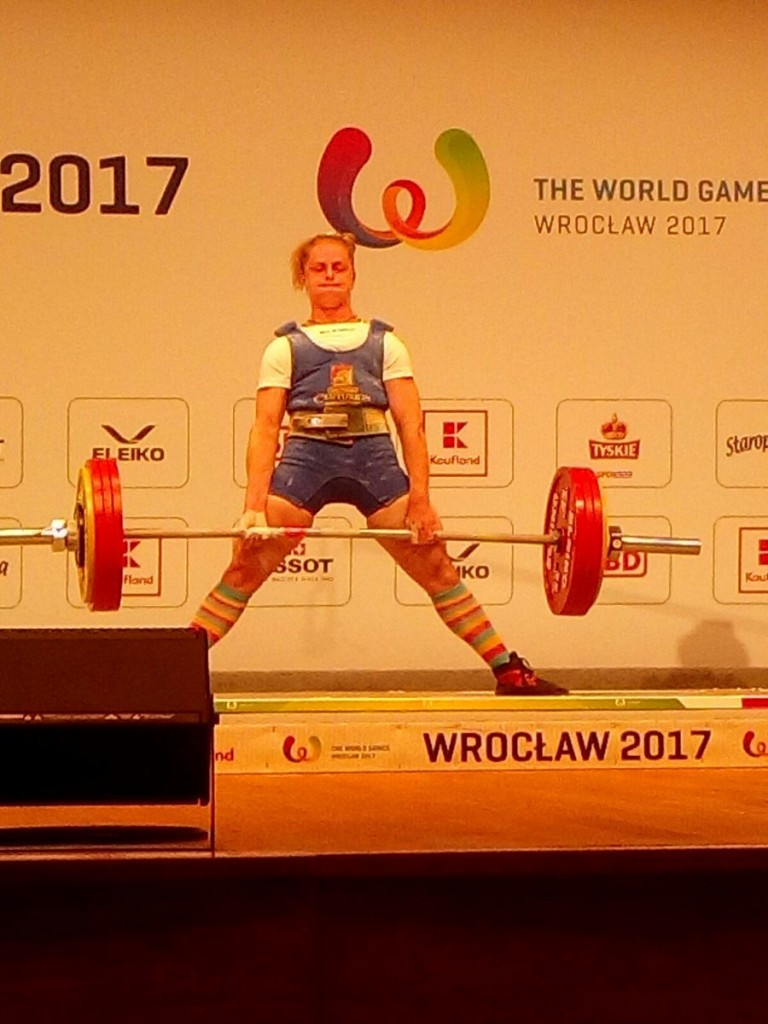 The 38-year-old lifted a total of 605 kilograms to score 650.19 points overall and win the women’s middleweight final at the National Forum of Music.

Victory in Wrocław follows successes at Duisburg in 2005, Kaohsiung in 2009 and Cali four years ago.

Anna Ryzhkova of Russia finished some way behind on 641.84 in second while Chinese Taipei's Hui-Chun Wu sealed bronze on 624.55.

Natalia Salnikova collected the opening title of the day in the women's lightweight final.

She emerged from the squat, dead lift and bench press rounds with a total score of 665.54 points which was good enough to seal gold.

Sergey Fedosienko then completed a memorable afternoon for Russia as he blitzed the rest of the field to seal the men's lightweight crown with a score of 677.61.

Despite dominating the dead lift stage with an effort of 315kg, France's Hassan El Belghitti was forced to settle for the silver way back on 609.43.

Charles Okpoko of the United States secured bronze on 608.99.

There was further Russian success in tonight's acrobatic gymnastics finals with success in both the mixed and women's pairs all-around finals at Centennial Hall.

Georgii Pataraia and Marina Chernova won the mixed title with a routine score of 30.865.

Belarus' Volha Melnik and Artur Beliakou finished in silver medal position on 29.260 while Britain's Katherine Williams and Lewis Walker claimed their country's first medal of the Games after finishing in third on 28.810.

Daria Kalinina and Daria Guryeva secured another gold for Russia by taking the women's crown.

Their score of 29.870 saw them comfortably finish in gold medal position with Belgium's Noemie Lammertyn and Lore Vanden Berghe following behind in second on 28.510.

Ukrainians Veronika Habelok and Iryna Nazimova completed the podium with a score of 27.930.

China's Dong Dong and Xiao Tu won the opening trampolining gymnastics final of the Games after they won the men's synchronised title at Centennial Hall.

They squeezed into first place on a score of 51.250 as Ukraine's Dmytro Byedyevkin and Mykola Prostorov finished agonisingly close behind on 51.200.

The American football tournament concluded today with France taking the gold medal at the Olympic Stadium.

They defeated Germany 14-6 however the match was far from comfortable for the French as they scored seven unanswered points in the final quarter to pull clear.

American football is one of four invitational events alongside indoor rowing, kickboxing and speedway.