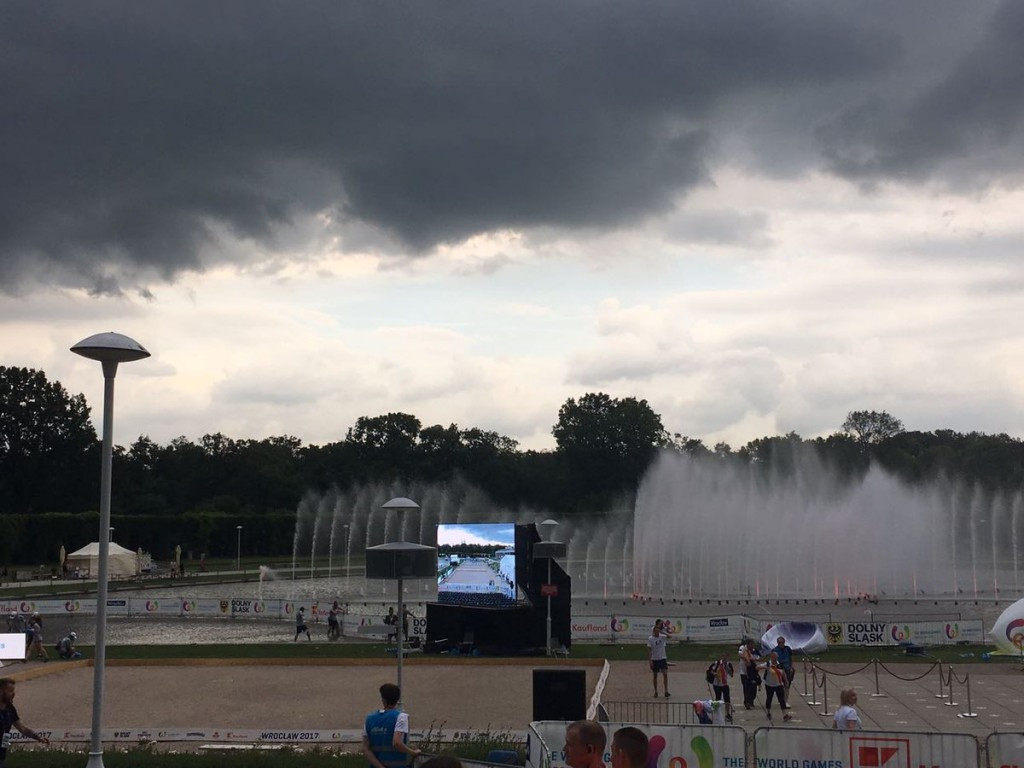 Boules action was once again heavily affected by poor weather at the 2017 World Games today as some of this afternoon's finals were forced to be abandoned.

Heavy rain and strong winds yesterday caused competition to be put back 24 hours at Centennial Hall.

However, further rain today saw some of the raffa and lyonnaise medal rounds abandoned.

Instead, competition officials were forced to award medals to those who made it to the lyonnaise progressive semi-finals, based on earlier results.

The men's and women's raffa singles competitions have been completely abandoned and will not take place due to severe and irreparable damage to the venue.

Ying-Chu Chen of Chinese Taipei followed her onto the podium in 18.977 while another Asian competor, South Korea's Yi Seul An, clinched bronze in 19.091.

Germany's Simon Albrecht, who has already tasted success on the track in the 500m sprint and 300m time trial events, won his third medal of the games after taking silver in 16.907.

Sandrine Tas of Belgium claimed her third silver and fifth medal of the Games with a second place finish in 33:03.911.