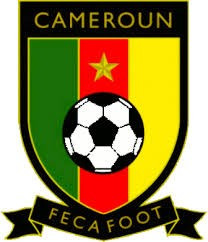 FIFA President Gianni Infantino and secretary general Fatma Samoura have been accused of ignoring a ruling from the Court of Arbitration for Sport (CAS) which effectively nullified the result of disputed Cameroonian Football Federation (FECAFOOT) elections.

The governing body's Disciplinary Committee has not yet resolved the complaint, made by Abdouraman Hamadou Babba, the President of Cameroonian club Etoile Filante, which claims they have gone against their own statutes by not implementing the ruling.

Babba is one of the main officials in the African country attempting to oust current FECAFOOT President, Tombi A Roko Sidiki, who was elected during the September 2015 vote.

His victory was contested by a number of clubs, including Etoile Filante, amid accusations of impropriety.

The clubs then successfully appealed the result of the elections to the Chamber of Conciliation and Arbitration of the National Olympic Committee and Cameroonian Sport, who ruled in their favour.

Their decision was ignored, however, as Sidiki and his Executive Committee continued to preside over the FECAFOOT, who were banned by world football's governing body in 2013 before a Normalisation Committee was appointed.

Etoile Filante took the case to the CAS, who opted not to intervene but supported the decision of the Chamber.

Sidiki still remains at the helm of the under-fire governing body and Etoile Filante complained to FIFA's Disciplinary Committee against Infantino and secretary general Samoura.

Babba reported the high-ranking duo for failing to uphold the decision of the CAS, which would see Sidiki immediately suspended from his role.

He claimed FIFA had ignored its own statutes regarding cases which are taken to sport's supreme court.

The row regarding the governance of the FECAFOOT threatened to overshadow the country's participation at last month's Confederations Cup in Russia.

Babba claimed the FECAFOOT did not have the authority to send a team to the tournament, which was dismissed by FIFA.

FIFA have pledged to address the ongoing issues in Cameroon, with Veron Mosengo-Omba, FIFA's director of African and Caribbean Member Associations confirming that he would be visiting the region earlier this month.

"It is important to stress that FIFA has the obligation to promote amicable relations within member associations" he said.

"FIFA considers its role to settle internal disputes capable of jeopardising the interest of football in line with its statutory tasks and autonomy of Member Associations."