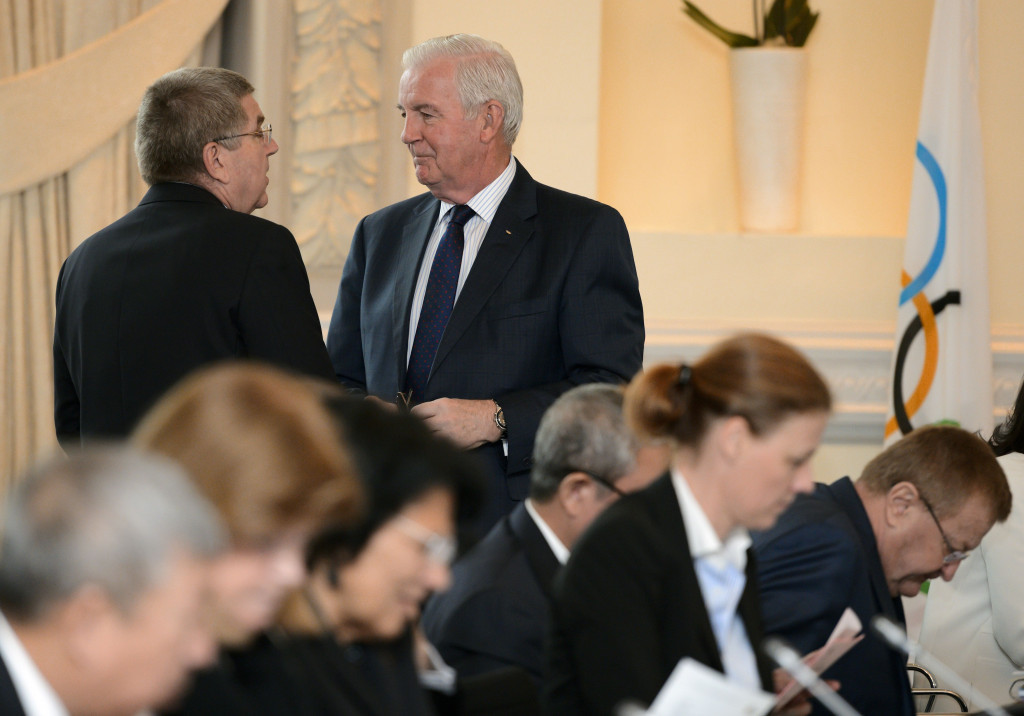 A joint statement claimed the three had held a "very constructive" and "fruitful" meeting at the IOC's headquarters concerning the McLaren Report, which alleged more than 1,000 Russian athletes were implicated in a scheme where doping samples were tampered with and manipulated at events including the 2014 Winter Olympic and Paralympic Games in Sochi.

They discussed the strategy regarding the follow up and response to the second part of McLaren's Report, which stunned the sporting world when it was published in December.

"Only full cooperation would allow them to properly follow up on Professor McLaren’s Report and its findings," the IOC said in a statement following the meeting.

The IOC reiterated their message to International Federations that it was their "sole responsibility" to take the "appropriate action" regarding the evidence presented.

They state that WADA and the testing system must be "equally independent from both sports organisations and from national interests".

"This was a very constructive and fruitful meeting," a joint statement from Bach, Sir Craig and McLaren read.

"Following frank discussions, we are fully aligned in our determination to a close cooperation in the fight against doping.

"Our common goal is to do everything possible to protect the clean athletes so that such a systematic manipulation of the anti-doping system can never happen again."

The meeting came amid ongoing uncertainty as to when the results of two IOC Commissions investigating the evidence with an eye to sanctioning Russian performances at Sochi 2014 and defining their eligibility at Pyeongchang 2018, will be released.

The gathering of the three officials, proposed in an IOC declaration on anti-doping reform in March, was held against a backdrop of friction between the IOC and WADA regarding the McLaren Report.

In February, the IOC publicly released a letter which revealed WADA had warned there may not be sufficient evidence in the McLaren Report to bring sanctions against Russian athletes.

IOC director general Christophe de Kepper claimed that WADA admitted that the evidence in "many cases" against Russian athletes may not be strong enough to impose sanctions.

A meeting took place between the Association of International Olympic Winter Sports Federations and WADA in February discuss the McLaren Report.

McLaren has since been forced to defend the findings of the report, the majority of which have been constantly denied by Russian officials.

The Canadian admitted mistakes had been made in the translations of the report but hit back at critics.

Sir Craig has also backed McLaren, reiterating that it was never in the Canadian's remit to pursue anti-doping rule-violations against individual athletes.