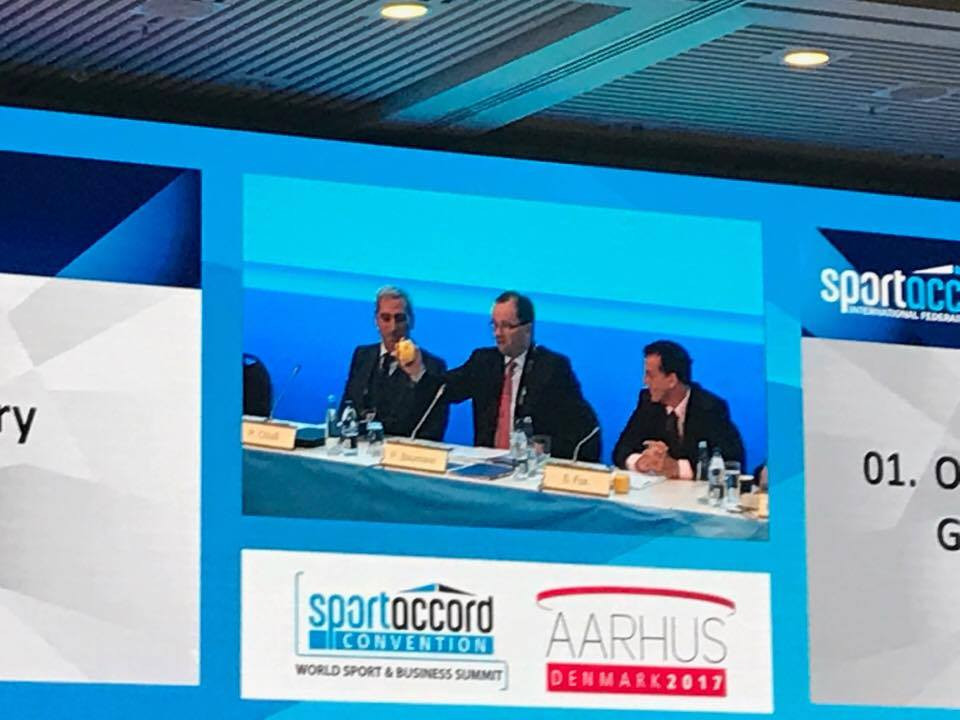 "If we call on them to accelerate the process," he said when chairing the organisation's General Assembly today.

It marked one of the first hard-hitting speeches of his Presidency and an indication that SportAccord - whose name was changed today to the Global Association of International Sports Federations - is going to play a more vocal role, albeit one sitting firmly alongside the IOC and other sporting organisations.

"We are getting all a little bit tired in the environment of the sports movement and the International Federation's of being targeted by the NADOs as being not fit for purpose and not able to police and promote our sport at the same time," Baumann, the secretary general of the International Basketball Federation, said.

"I think the NADOs have explanations to give and to do and it would be better if they did their job and let us do ours, rather than complaining all the time about the other side of the equation.

"We and the NADOs are allies according to the World Anti-Doping Code so we are in the same boat and should work together.

"If you look at recent cases they are more about NADO’s that have not exactly fulfilled their role properly, or they have had failures."

The Swiss official explained that, in his opinion, neither sporting bodies, NADO's or the World Anti-Doping Agency should hold any sanctioning power in order to avoid conflicts of interest and maintain a separation of powers.

He, therefore, backed an IOC proposal to devolve this power to the Court of Arbitration for Sport (CAS), even in cases involving the compliance of an International Federations.

He agreed, though, that WADA should draw up a graded list of escalating compliance criteria which must be transparently communicated and consistently applied.

"You know what punishment you will get."

Baumann opted not to answer when asked if he was concerned that John Coates, the President of CAS, is also an IOC vice-president.

Anti-doping organisations believe WADA should be responsible for sanctioning individuals who fail tests, as well as organisations non-compliant with the World Anti-Doping Code.

They criticised the IOC for adopting what they implied was a hypocritical stance considering their decision not to hand Russia a blanket suspension from Rio 2016 following the McLaren Report evidence.

A big thank you to all delegates to our vital General Assembly We've made real progress. See you in 2017 in Bangkok: Longue vie a GAISF!

The IOC and officials repeatedly criticised WADA and other anti-doping officials during their Session in Rio de Janeiro last August and at the Association of National Olympic Committees General Assembly in Doha in November.

Baumann's comments were met with approval today by the SportAccord membership.

IKF President Jan Fransoo called for a more specific system taking into account differences between all the Federations.

A vote then took place on approving their general shift to an independent drugs testing system which was approved by every member except for the International Draughts Federation.

They opposed due to concerns over possible cost implications impacting their own body.