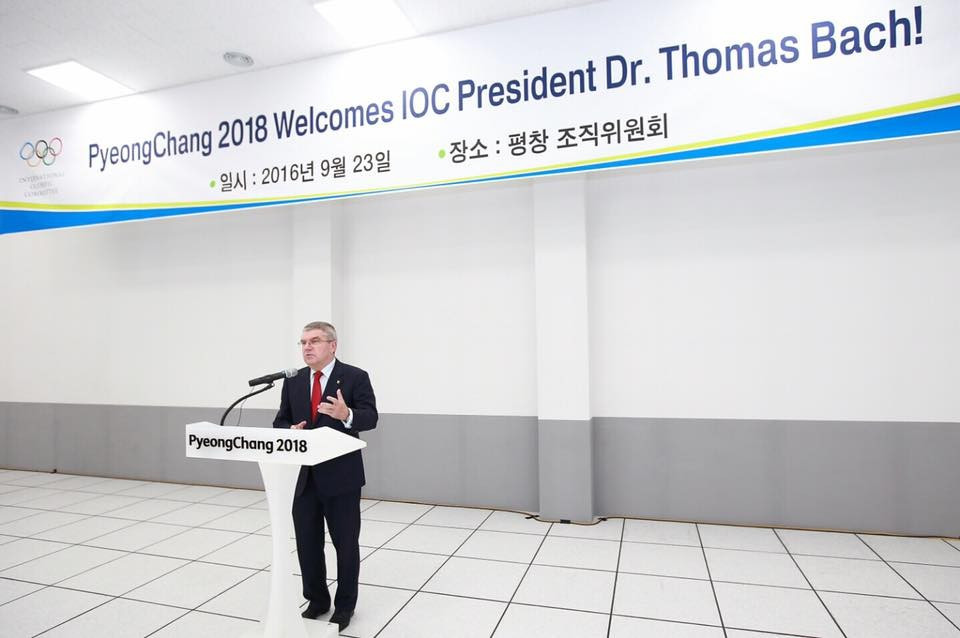 Sports Ministers from Japan, South Korea and China have signed a co-operation agreement ahead of Asia hosting three consecutive editions of the Olympic and Paralympic Games, as International Olympic Committee (IOC) President Thomas Bach declared it was the "time of Asia".

The "Pyeongchang Declaration" was penned by Cho Yoon-sun, the South Korean Sports Minister, Liu Peng, secretary of the State General Administration of Sports in China and Hirokazu Matsuno, the Japanese Minister of Sports, during talks held in 2018 Winter Olympic host Pyeongchang in Korea.

The Asian countries are staging the next three Olympics and Paralympics - Pyeongchang 2018, Tokyo 2020 and Beijing 2022 - marking an unprecedented period for the continent.

As part of the declaration, the three nations have vowed to work together to ensure the Games are a success while seeking to become active players in the fight against doping in sport.

It is hoped the agreement will be used as a "base for peaceful co-existence in north-east Asia".

"For the success of Pyeongchang 2018, Tokyo 2020 and Beijing 2022, the three nations will share their know-how and undertake joint efforts to create excitement for the events," the declaration read.

Cho believes the talks between the three Olympic host countries, initiated by South Korea, will "offer a vision for the future that can bring about the co-prosperity of the three countries".

The next meeting is due to be held in Japan in 2018, though the countries will continue their co-operation efforts in the build-up to Pyeongchang 2018, with the first-ever Winter Olympics in South Korea due to take place from February 9 to 25.

Representatives from Pyeongchang 2018, Tokyo 2020 and Beijing 2022 held a teleconference back in July, where the officials debated several topics, including the promotion of the Olympics and proposals to reuse competition and practice facilities during each event.

It followed a first meeting of the three Organising Committees in February.

They toured the venues being constructed in Pyeongchang and Gangneung, while Bach held talks with the three Sports Ministers.

The IOC President also gave an address in a congratulatory speech at the welcome dinner of the two-day conference, which came to a conclusion today.

“Some scholars have said we're living in the century of Asia, and in Olympic terms, I can confirm that this is the time of Asia," Bach was quoted as saying by the Yonhap news agency.

"Here on this continent, for the first time in history, you will host three consecutive Olympic Games.

“These three Olympic Games in Asia are a unique opportunity for Asia and also for the Olympic Movement.

"The Olympic Movement will have the opportunity to establish even closer links with Asia and with these three very important countries in Asia.

“For Asia, it will be a unique opportunity to show its unity."