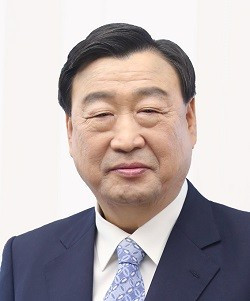 Representatives from Pyeongchang 2018, Tokyo 2020 and Beijing 2022 have held a teleconference to discuss further cooperation between the host cities of the next three Olympic and Paralympic Games.

According to the Yonhap news agency, the officials debated several topics, including the promotion of the Olympics and proposals to reuse competition and practice facilities during each event.

Ways in which to share their respective hosting experience was also on the agenda during the meeting.

The news agency has also reported that a number of members of the International Olympic Committee (IOC) Coordination Commission were present on the conference call.

Pyeongchang 2018 President Lee Hee-beom is thought to have proposed the discussions with Tokyo 2020 and Beijing 2022 when he met with IOC President Thomas Bach at the Executive Board meeting in Lausanne earlier this month.

Further collaboration is expected between the three Organising Committees, with a view to holding another meeting during this year's Olympic Games in Rio de Janeiro.

“Once we make progress in our cooperation talks, it will lead to further improvement of the Olympic Movement and will create a synergy effect," Lee told Yonhap.

The world’s largest continent will play host to the next three editions of the Olympic Games and Pyeongchang 2018 head Lee has heralded the significance of Asia staging the events.

Pyeongchang 2018 have faced leadership issues since the last meeting of the Organising Committees, with Lee replacing Cho, who resigned in May to focus on his business interests.

Tokyo 2020 remain at the centre of corruption allegations concerning a $2 million (£1.5 million/€1.8 million) payment given to consultancy firm Black Tidings before the IOC Session in Buenos Aires in 2013.

Investigations by French authorities and the Japanese Olympic Committee are ongoing.