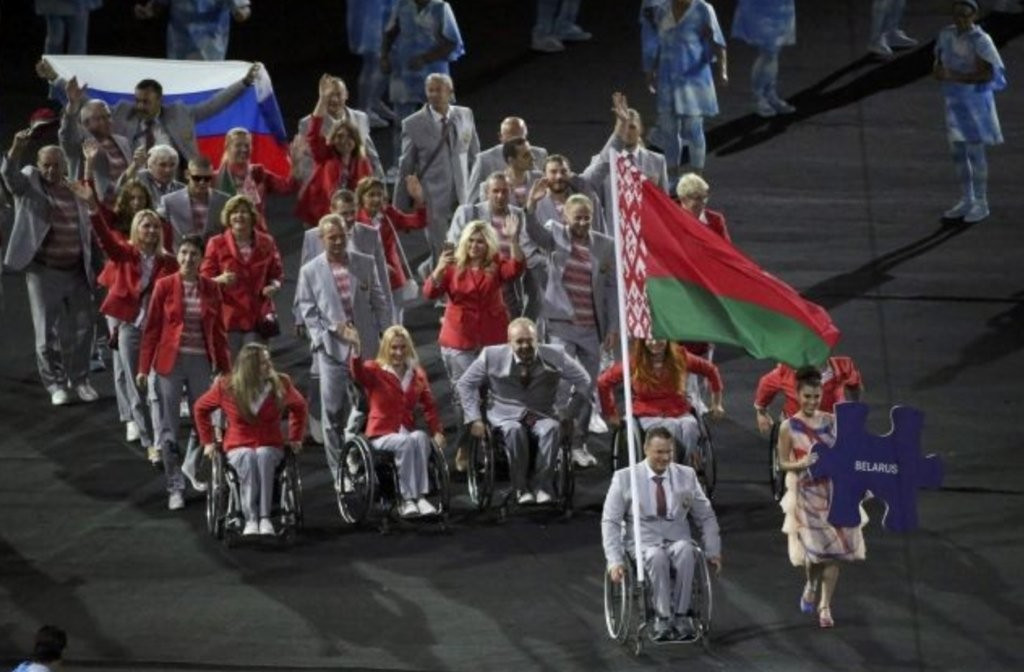 The representative of the Belarusian delegation who carried a Russian flag during the Opening Ceremony of the Rio 2016 Paralympic Games has had his accreditation cancelled by the International Paralympic Committee (IPC).

Andrei Fomachkin was a guest of the Belarusian National Paralympic Committee (NPC) President Oleg Chepel at the Games here, but shouldn't have been allowed to take part in the Parade of Nations.

He carried the flag as a gesture of solidarity with the Russian Paralympic team, who the IPC barred from competing at Rio 2016 in the wake of Richard McLaren’s damning report, which alleged the presence of a state-sponsored doping scheme at a number of major events, including the Sochi 2014 Winter Olympics and Paralympics.

"The IPC on Thursday (September 8) morning cancelled the accreditation of the individual who carried the Russian flag as part of the Belarus delegation during last night’s Opening Ceremony," said the IPC’s communications director Craig Spence in a statement.

"The individual was quickly identified during the Ceremony as a guest of the Belarus President, who should not have been part of the marching party in the first place.

"The IPC will be speaking to NPC Belarus this morning to remind them that political protests are forbidden at the Paralympic Games.

"As far as we are concerned this matter is now closed."

Spence later said at a news conference that there would be no sanctions at all against the Belarusian NPC.

A spokesperson for Chepel said the Belarusian NPC would not be afraid of any repercussions anyway.

"We are closely following the developments of this situation," Natalia Eismont told TASS.

"We hope that there would be no harm inflicted on the Belarusian Paralympians, who first of all simply expressed their humane solidarity.

"However, we are not afraid of the sanctions."

Last month, the Belarusian NPC reportedly informed the IPC that it intended to carry the Russian flag alongside the Belarusian at the Opening Ceremony, however, the world’s governing body for Paralympic sports replied with a refusal.

"In this difficult time he remembered about us and justice, and that politics should not interfere in sports competitions," he told TASS.

"Especially in the Paralympic ones that have a special humane meaning.

"It’s very good that the Belarusian remembered about the closest country to them - Russia.

"We will never forget this and will pay back in their own coin.

"We are always friends with them."

A total of 35 "disappearing positives" were found in Paralympic sport, according to the McLaren Report, between 2012 and 2015.

It led to Russia setting up an alternative version of the Games for banned athletes, with Russian Sports Minister Vitaly Mutko criticising the IPC at the Opening Ceremony in Moscow.