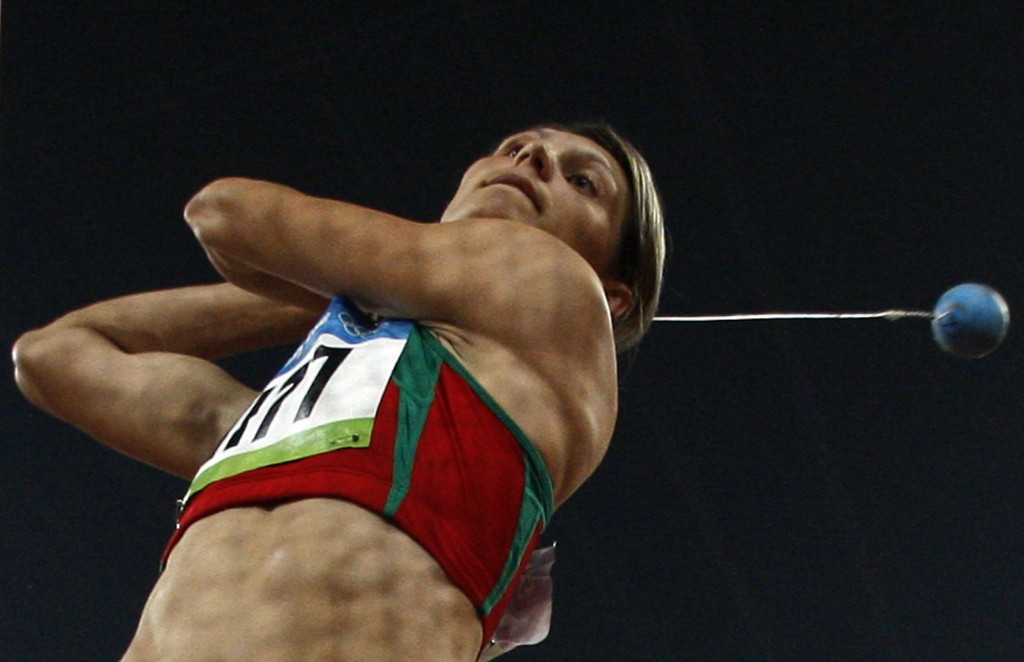 Belarus' Aksana Miankova is set to be stripped of the Olympic gold medal she won at Beijing in 2008 after reportedly failing a re-tested sample.

Her coach Valery Vorontsov confirmed the failure, Finnish website Iltalehti.fi reported, amid remarkable accusations of there being a conspiracy against the Slavic world.

The World Anti-Doping Agency (WADA) is akin to a "terrorist organisation", he claimed.

Miankova won the gold medal in the Chinese capital with a throw of 76.34 metres, an Olympic record.

Her personal best of 78.69m makes her the fourth best woman in history.

Her only other major Championship medal is a silver at the European Under-23 Championships in 2003.

If Miankova's positive test is confirmed, Cuba's Yipsi Moreno could be promoted to the gold medal.

Silver would go to China's Zhang Wenxiu, stripped of the 2014 Asian Games title for a failed test for zeranol, before being reinstated after a successful appeal to the Court of Arbitration for Sport after claiming she had ingested the substance from contaminated food.

Belarus could still win a medal as Darya Pchelnik originally finish fourth so could now be promoted to the bronze medal.

This would mark yet another doping failure from Belarus, a country which is already banned from men's canoe sprint competition at Rio 2016.

The nation has a particularly terrible record in throwing events, with shot putter Nadzeya Ostapchuk having been stripped of gold medals won at the London 2012 Olympics and 2005 World Championships for separate failures.

The Eastern European country is one of five countries - along with Ethiopia, Morocco, Kenya and Ukraine - in which their anti-doping programmes are being monitored closely by the International Association of Athletics Federations (IAAF) due to concerns.

But Vorontsov has accused WADA of masterminding a conspiracy against Belarus and other former Soviet Union nations.

"WADA is a terrorist organisation," he said in comments allegedly made in Belarus and reported on in Iltalehti.fi.

"It will put pressure on the entire Slavic world.

"As for the Mjankova gold medal, it is eight years!

"How can it be taken away?"

There is no confirmation of the positive test from the IAAF or International Olympic Committee.