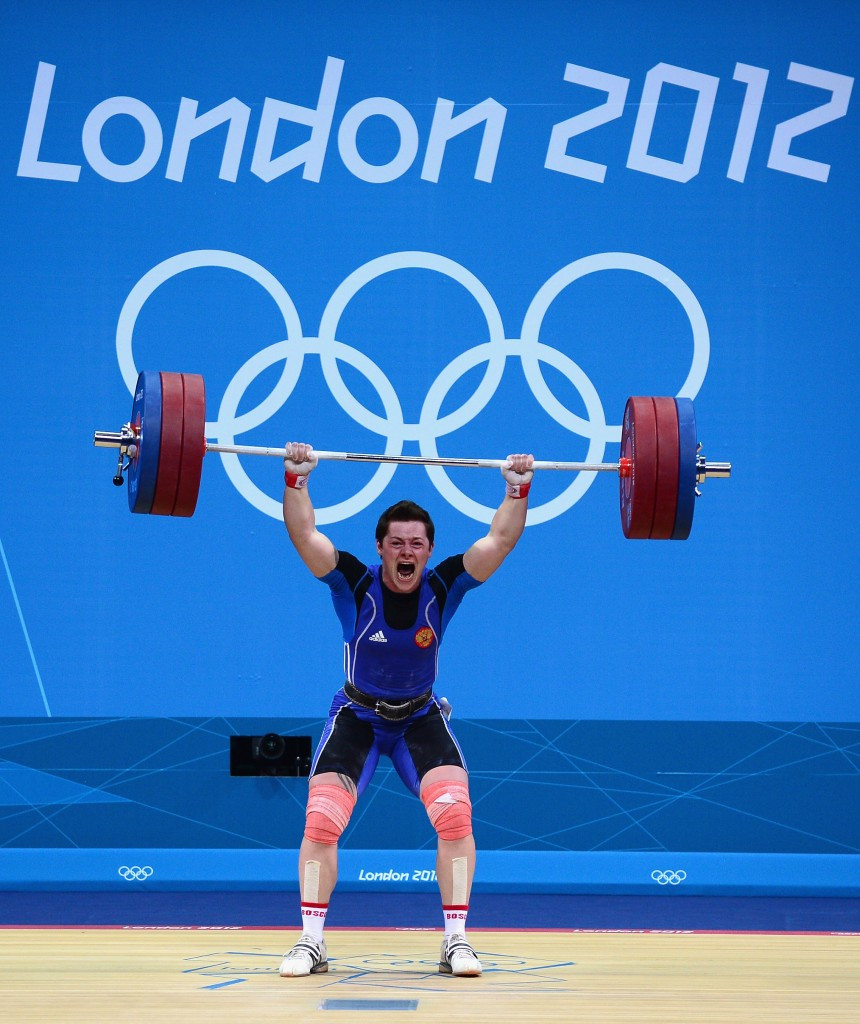 Eleven weightlifters have produced positive samples in the second wave of retests from the London 2012 Olympic Games, including six medallists, the International Weightlifting Federation (IWF) have announced.

Russia’s Nataliya Zabolotnaya, Svetlana Tzarukaeva, Alexandr Ivanov and Andrey Demanov have all been implicated in the retests.

Five-time European champion Zabolotnaya won silver in the women’s under 75 kilogram event in London, repeating her performance from the Athens 2004 Olympic Games.

Ivanov and Tzarukaeva won men’s under 94kg and women’s under 63kg silver medals at the Games, while double men’s 94kg European champion Demanov finished fourth in his event.

Other medallists from the Games to fail tests include women’s under 75kg lifter Iryna Kulesha of Belarus, Armenia’s over 75kg competitor Hripsime Khurshudyan and Moldova’s under 53kg athlete Cristina Iovu.

The trio all claimed bronze medals.

All 11 weightlifters have tested positive for the banned anabolic steroid dehydrochlormethyltestosterone.

The banned hormone and metabolic modulator tamoxifen was detected in Ivanov’s sample.

The IWF have imposed provisional suspensions on the lifters, with the athletes entitled to have the B-samples tested.

The Turkish Weightlifting Federation could now face the threat of suspension for one year following Simsek’s positive test, due to a rule introduced by the IWF last month.

Their Executive Board ruled that countries which produce three or more anti-doping rule violations in the combined re-analysis of samples from the 2008 and 2012 Olympics face being banned.

Simsek's positive sample follows Nurcan Taylan’s and Sibel Özkan’s failures at Beijing 2008, with the latter having been retroactively disqualified and ordered to return the silver medal she won.

Belarus, Kazakhstan and Russia are all still facing the possible sanction, along with Azerbaijan, who have already been ruled out of Rio 2016 after losing their quota places.

The IWF are awaiting confirmation from the IOC regarding the completion of the retests, which could see the governing body enforce the ruling.

insidethegames understands the IWF are unsure of when the IOC will reach a decision regarding the cases.

It could leave Bulgaria as the only nation banned from Rio 2016, with the country having had 11 positive doping cases during the qualification period.

The cases could also result in numerous changes in the medal standings from London 2012, with the trio of Russian silver medallists having been in line to receive gold, after positive cases for the Olympic champions in the first wave of retests.

It followed Kazakhstan’s men’s under 94kg gold medallist Ilya Ilyin, women’s under 63kg winner Maiya Maneza and under 75kg champion Svetlana Podobedova having tested positive, although the final outcome of these cases are yet to be confirmed.

With Podobedova, Zabolotnaya and Kulesha having all tested positive in the women’s under 75kg event, Spain’s Lidia Valentín could be in line to claim gold, having initially finished fourth.

Five of the top seven athletes in the men’s 94kg event at London 2012 have been implicated for doping, which could result in South Korea’s Kim Min-jae moving into the bronze medal position, having finished eighth at the Games