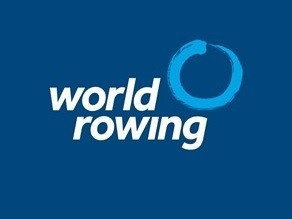 Itaken Timoi Kipelian of Kenya believes competing in the rowing event at the Rio 2016 Paralympic Games will help improve the profile of the sport in his country.

Kipelian is set to participate in the Para men’s single sculls - the ASM1x classification - at September’s Games in the Brazilian city after Kenya was awarded a bipartite place for the event by World Rowing.

Lithuania were also given a spot in the competition by the sport’s worldwide governing body.

The two places in the TA2x event were awarded to Japan and Latvia, while Austria and Zimbabwe received spots in the LTA4+ competition.

Hungary and Argentina were successful in their application for a berth in the AS women's single sculls event.

Kipelian has admitted it is difficult to bring Para-rowers through in the African nation due to a lack of facilities and available coaches but has vowed to help disabled athletes in Kenya when he decides to retire.

“Back home, we have a problem of coaching because we do not have coaches for people with disabilities,” he said.

“We also struggle to have the right equipment.

“Eventually I will stop being an athlete and start being a coach.

“I will try to recruit people to start rowing.”

The Rio 2016 Paralympics will also see Zimbabwe compete in the LTA4+ classification for the first time and their crew came together just three weeks before the final Paralympic qualification regatta in Gavirate in Italy in April.

“I put a call out for those interested to come meet me at the school where I teach.

“The response was great and we were able to put together a four.”

World Rowing revealed an increase of 28 per cent in the number of Member Federations which tried to qualify for this year's Paralympic Games in Rio de Janeiro compared with the previous edition at London 2012.

A total of 36 countries attempted to earn a place for this year's Paralympics, while 28 entered the qualification process for London 2012.

The sport also saw an improvement in the number of nations competing at the Paralympics, with 13 per cent more countries due to take part at Rio 2016 than at London 2012.

Boats from 26 countries will participate in the Brazilian city, with rowing events at this year's Games scheduled for September 9 to 11.