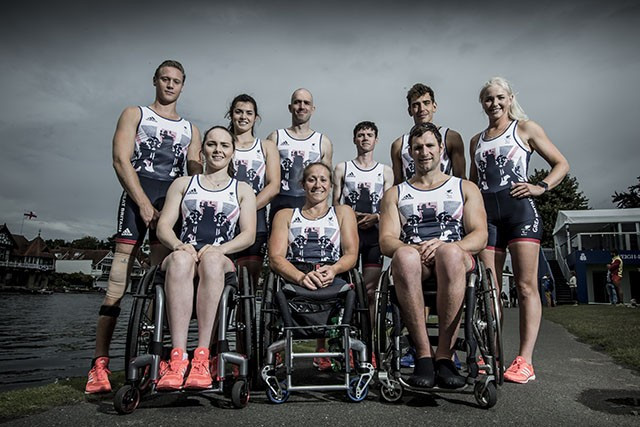 The team have been the dominant force in the event in recent years, earning world titles in three consecutive years since London 2012 in the mixed coxed four event.

Their victory at the 2015 World Championships in Aiguebelette was their closest yet, with the team winning the gold medal in a time of 3min 19.56sec, while the United States ended narrowly adrift in 3:19.82.

While the crew will head into the Games at the favourites to claim gold, they will expect to face stiff competition at Rio 2016.

“I am over the moon to be selected for my second Paralympic Games and feel so excited and nervous at the prospect of trying to defend my gold medal from London 2012,” Relph, the sole returning member victorious crew four-years ago, said.

“This season has been the toughest yet and I am looking forward to going to Rio to race the rest of the world.

“The team that has been selected is far stronger than any I have been a part of in my six years of rowing for GB and I am proud to be a part of such a talented squad.”

Rachel Morris has been selected to compete at her third Paralympic Games, having won cycling gold medal at Beijing 2008 and bronze at London 2012.

After transferring to rowing after London, she earned women’s single sculls silver at the 2015 World Championships and won a World Cup gold medal in Poznan earlier this month, setting a world best time in the process.

Tom Aggar will also be competing at a third Paralympic Games and will seek to reclaim the men’s single sculls title he won at Beijing 2008 when the sport made its debut on the programme.

The team is completed by Lauren Rowles and Laurence Whiteley, who will compete in the mixed double sculls event.

“I am extremely proud that we are able to announce a full para-rowing team today, this has only been achieved through the dedication and hard work of all of our coaches and support staff,” said Louise Kingsley, Britain's team leader for rowing.

“The quality of international competition has increased significantly since London 2012, we had a great World Championships in 2015 however, some very good new crews have achieved qualification slots this year for the Paralympic Games so we will leave no stone unturned as we challenge for places on the podium in Rio.”