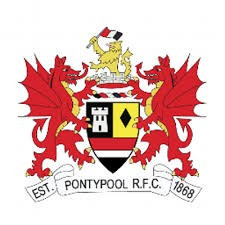 Welshman Adam Scanlon has become the 14th rugby union player from his country to be added to UK Anti-Doping’s (UKAD) list of banned sportspeople after testing positive for clomiphene.

The anti-oestrogenic drug, which is listed in section four of both the 2015 and 2016 versions of the World Anti-Doping Agency (WADA) prohibited list, was detected in the Pontypool RFC player's sample following a SWALEC Championship match against Bridgend Athletic RFC on October 24, 2015.

Pontypool have sacked lock Scanlon, who has been banned from all sport from October 24, 2015 to midnight on October 23, 2017.

"All sportspeople are responsible for what they ingest and any substances found in their system, regardless of how they got there," said UKAD’s legal director, Graham Arthur.

"This can be a challenging concept at all levels of sport and athletes must manage the risk of doping at all times by maximising their nutrition first and thoroughly researching all supplements before use."

The news represents a further example of a growing drug culture at the lower levels of British club rugby.

Scanlon’s case comes in the wake of under-fire UKAD chief executive Nicole Sapstead, appointed to the role in February 2015, suggesting the amount of Welsh rugby union players to have failed tests was due to a "societal problem".

During the investigation into Scanlon's failed test, UKAD said he told them via email he was "uncertain as to the source of the clomiphene detected, but believed the source may have been some 'T-booster' (testosterone-booster) tablets ingested sometime in August 2015 when he was recovering from two successive injuries".

"UKAD confirmed that it did not seek to establish that the violation committed by Scanlon was done with intent," Pontypool said in a statement.

Pontypool chief executive Ben Jeffreys said the club "abides by a zero-tolerance policy" on drug-use adding: "This is an exceptionally saddening case that reinforces the importance of all athletes remaining vigilant in ensuring that they are aware of everything they ingest into their system.

"Throughout this process, Adam has conducted himself with impeccable professionalism and has taken full responsibility for this situation.

"Though Adam has been relieved of his sporting duties with Pontypool RFC, he will continue to play a central role in participating in the club's WRU [Welsh Rugby Union] accredited drugs awareness educational programmes, which are conducted on a regular basis."

Earlier this month, Welshman Joseph Phelps was hit with a four-year suspension after testing positive for nandrolone.

Phelps, who plays for SWALEC Championship side Newbridge RFC, failed an out-of-competition test for the anabolic steroid, which can increase muscle size, strength and power as well as aggression and competitiveness, on June 16 last year.

Sapstead has faced calls to resign from her position after the Government called on UKAD to explain why they did not take action against a doctor who claims to have prescribed banned performance-enhancing drugs to 150 athletes, including Premier League footballers, following reports in The Sunday Times.

She confirmed they had been aware of allegations against Mark Bonar after a sportsperson approached UKAD two years ago but had not been able to act upon them because the doctor was not affiliated to any particular sport.

Bonar has denied the accusations made in the reports.