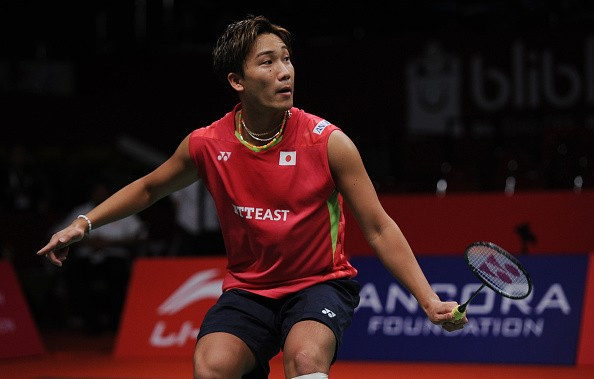 Japan has launched a bid to host the 2019 World Badminton Championships and plan to use the tournament as the test event for the following year's Olympic Games in Tokyo, it has been reported.

The Championships have never taken place in Japan.

The Nippon Badminton Association have already contacted the Badminton World Federation (BWF) to inform them of their interest in staging the event, Japanese news agency Kyodo News reported.

The BWF are reportedly due to choose a host for the 2019 World Championships next May.

There is already a precedent for a city staging the World Championships a year before they host the Olympics.

The 2011 World Championships took place at Wembley Arena in London as a test event for the Olympics.

Earlier this year, the BWF agreed to a proposal to relocate the badminton venue for the 2020 Olympics from the centre of Tokyo to Musashino on the outskirts of the capital as part of a series of cost-cutting measures by Japanese officials.

BWF President Poul-Erik Høyer claimed the venue offered the framework to host spectacular badminton and that BWF is “excited about starting its planning for Tokyo 2020”.

The World Championships were launched in 1977 when they were held in Malmö in Sweden and were held once every three years until 1983.

From 1985, the tournament became bi-annual and played once every two years until 2005.

Starting in 2006, the tournament was changed to an annual event on the BWF calendar, although it is not held in Olympic years.

This year's Championships recently concluded in Jakarta, where Japan finished sixth on the overall medals table with three bronze thanks to Kento Momota in the men's singles, Hiroyuki Endo and Kenichi Hayakawa in the men's doubles and Naoko Fukuman and Kurumi Yonao in the women's doubles.

The next World Championships are due to take place in Glasgow in 2017.

A host city for 2018 still also has to be appointed.