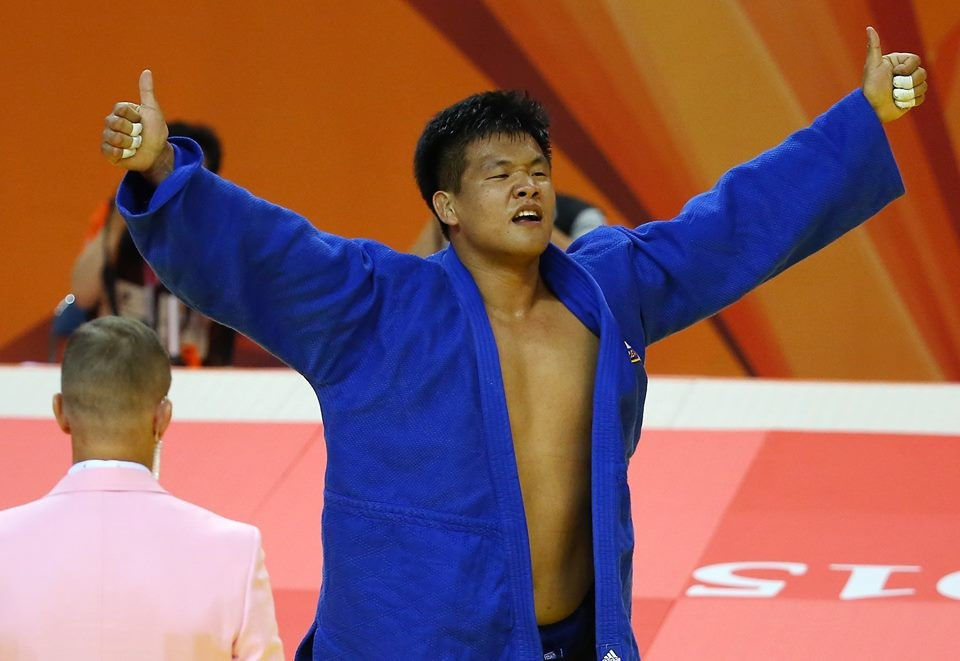 The United States were the most successful nation on the first day of competition, though.

Jonghun Song led the hosts challenge in the first men’s fencing competition of Gwangju 2015 and he posted two impressive victories over Italian opponents to advance to the individual sabre final, first beating Gabriele Foschini 15-9 in the quarter-final before thrashing Leonardo Affede 15-5 in his semi-final.

The gold medal match proved to be a much tougher affair for the South Korean with Russia’s Dmitry Danilenko proving to be a worthy adversary, however Song eventually battled through to win the match 15-12 to the delight of the home crowd.

France earned success in the women’s individual epee competition in the Kimdaejung Convention Center, the host to fencing during the Universiade, as Dimodi Laurence claimed the decisive final point of the match to overcome Russia’s Viktoriia Kuzmenkova 15-14 to take the gold.

The Yeomju Bitgoeul Gymnasium was the scene of the hosts second success of the day as Guham Cho claimed gold in the men’s under 100 kilogram judo event, defeating France’s Clement Delvert in the final with an ippon.

There was disappointment, however,  for the host nation’s Minjeong Kim after she was beaten by Japan’s Sarah Ashina in the women’s over 78kg division.

All three nations are looking up to the United States in the medals table as they monopolised swimming golds in the Nambu University International Aquatics Center.

Their medal charge was led by Sarah Henry, who won the women’s 400m individual medley in 4min 38.88sec ahead of The Czech Republic’s Barbora Zavadova and fellow American Hali Flickinger.

The US then secured golds in both the men’s and women’s 4x100m relay finals, finishing ahead of Japan and Russia on both occasions.

While the American team were dominating the swimming, China were doing the same in the diving as they secured both gold medals on offer, with Shaungxue Zheng winning the women’s 1m springboard gold with 286.20 points, giving her the honour of being the first gold medallist of Gwangju 2015.

Her compatriot Jianfeng Peng then finished 41.40 points clear of Russia’s Evgenii Novoselov to win the men’s 3m springboard competition, ending on a winning score of 515.30.