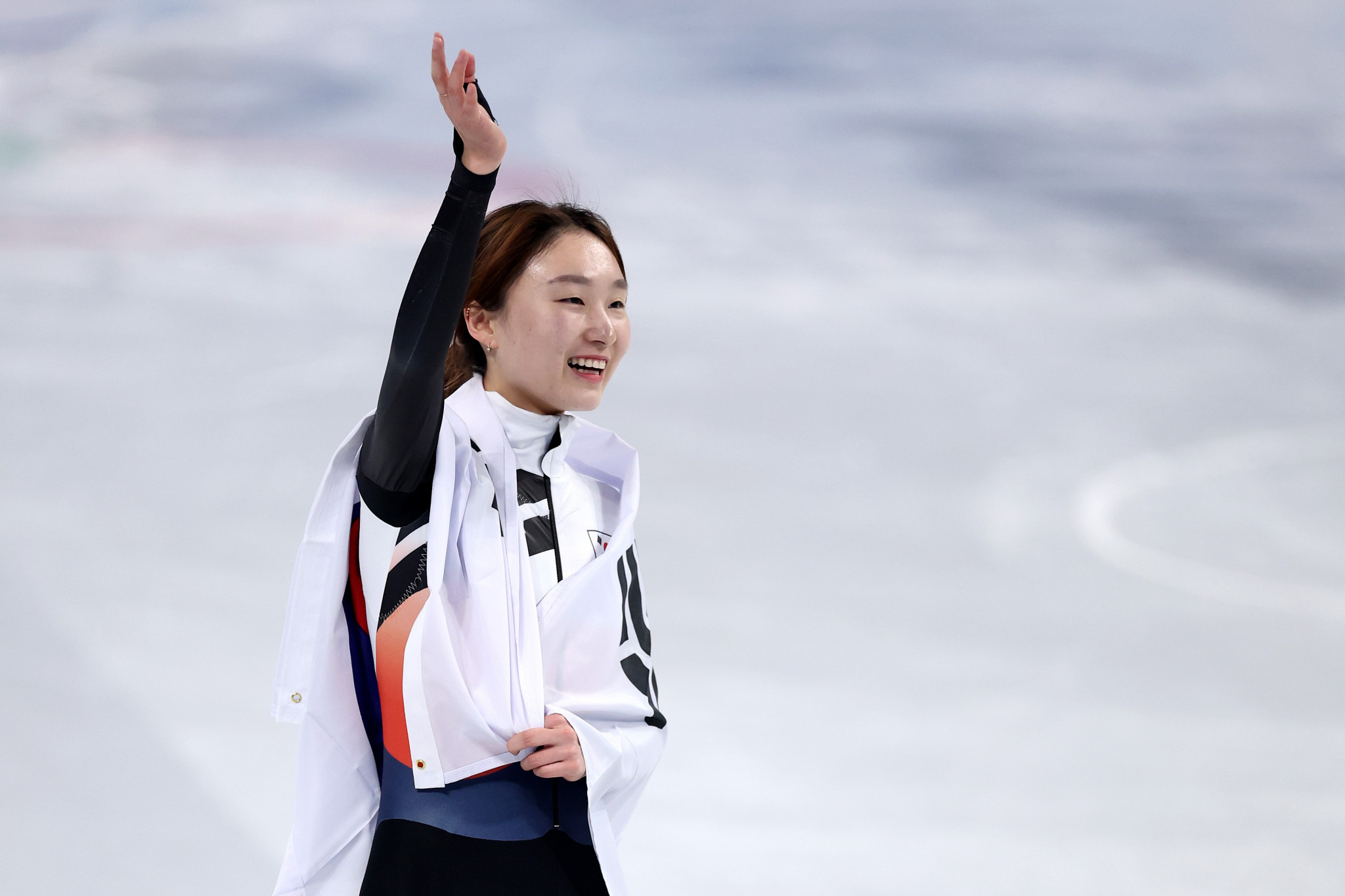 Choi led a South Korean one-two-three as she captured the women’s 1500 metres gold in 2min 40.301sec at the Olympic Center in Lake Placid.

The result was no surprise with Choi holding the world record as well as and the Olympic and world titles in the event.

It adds another crown to the 24-year-old’s impressive medal collection that includes three Olympic golds and 15 world titles.

There was more South Korean success in the men’s 1500m with Kim Tae-sung leading a one-two-three.

Kim took control of the race as he powered to the front before crossing in 2:18.016.

Latvia’s Robert Kruzbergs tried to spoil the South Korean party only to be overtaken by Lee Jeong-min and Jang Sung-woo.

The short-track golds capped a day to remember for South Korea who also claimed two titles at the Olympic Speed Skating Oval.

Kim Min-sun won both of those as she secured the women’s 500m title before helping South Korea clinch mixed gender relay gold.

The 23-year-old’s victories completed a golden hat-trick at Lake Placid 2023 having won the women’s 1,000m title earlier this week.

Min-sun then teamed up with Ahn Hyun-jun to become the first-ever winners of the mixed gender relay crown.

They were crowned champions with a time of 3:10.84, beating Japan's Yuka Takahashi and Kotaro Kasahara who clocked 3:12.03.

The men’s 500m gold was won in emphatic champion by Japan’s Wataru Morishige.

The Japanese ace became the fifth skater to break the track record as he triumphed in 35.30.

Compatriot Kazuya Yamada sealed silver in 35.84, while Poland's Marek Kania dashed Japan’s hopes of a podium sweep when he secured bronze in 35.99 - just 0.02 ahead of Motoki Abe.

Japan claimed their 17th gold of Lake Placid 2023 to increase their lead at the top of the medal standings following their victory in the mixed team Nordic combined.

With the event making its Games debut, Rin Sobue and Sakutaro Kobayashi made history in Lake Placid.

The Japanese duo scored 234.4 points in the ski jumping round before emerging victorious from the cross-country section.

Poland's Andrzej Szczechowicz and Weronika Kaleta settled for silver after the latter lost the lead to Sobue late on.

The Polish pair clocked in 40.5 later, while Niklas Malazinski and Erin Bianco were eight seconds further off the pace in third.

Sweden won gold in the Alpine skiing mixed parallel with a commanding performance against Switzerland at Whiteface Mountain.

Sara Rask crossed the finish line in 20.59 to beat Domenica Mosca in the opening race before Aaron Christian Mayer equalised for the Swiss by finishing 0.40 faster than Gustav Dalmalm.

Evelina Fredricsson then cruised across the finish as Svenja Pfiffner crashed out, making the score 2-1, before Wilhelm Vaenje saw off Morris Blom to put the nail in the coffin.

The Canadian finished in 32:24.4, winning by an impressive 40.1 despite incurring three penalties from the shooting range.

Ukraine's Dmytrii Hrushchak led by seven seconds going into the final shooting position only to miss, allowing Westervelt, who hit a clean round, to take the lead.

Westervelt seized his opportunity, finishing in 35:28.3 to win gold by 48 seconds.