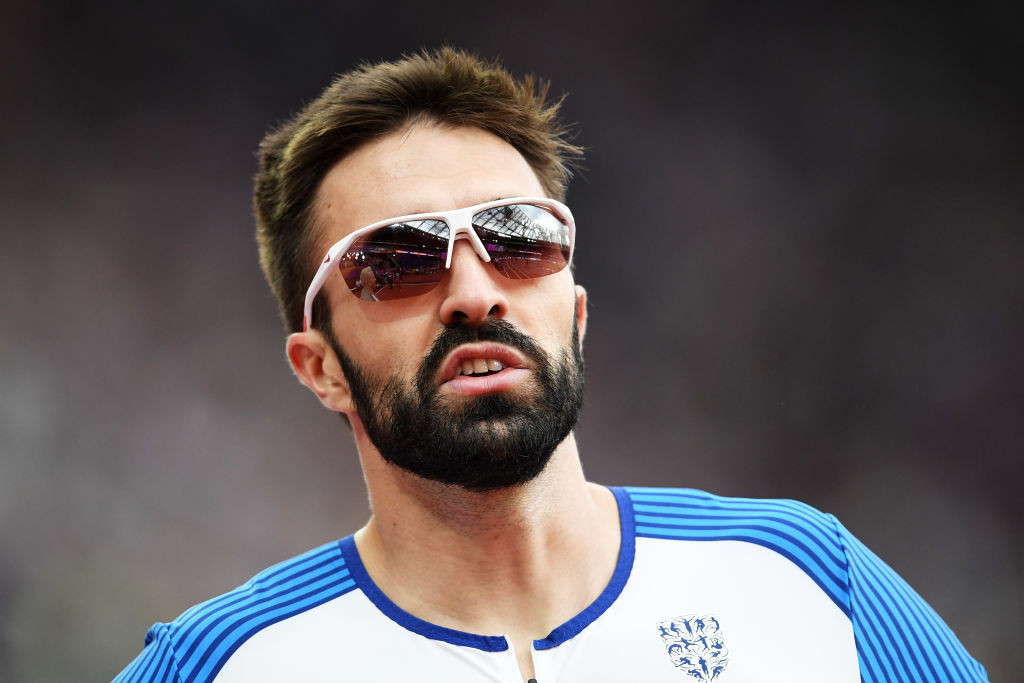 British 400 metres runner Martyn Rooney has revealed he has made prison visits to see his friend and former training partner Oscar Pistorius and believes he did not mean to kill his girlfriend Reeva Steenkamp in 2013.

The South African Paralympic and pioneering Olympic runner, who had both lower legs amputated before he was one, went through a long legal process before receiving a 15-year sentence for shooting Steenkamp through the bathroom door of their apartment in Pretoria - something he claimed he did because he thought there was a intruder there.

Speaking to Chris Broadbent, host of the Athletics Lifestories podcast, the 35-year-old double European champion recalled how he had heard the news about the shooting shortly after flying back from a training camp in South Africa, where he had been working with Pistorius.

"My then girlfriend and now wife Kate (Dennison) rang me on her way to work and said, 'you need to turn on the radio,'" Rooney recalled.

"Someone at British Athletics had sent me an email and said you need to do some kind of statement, and I said 'what do you mean?'

"And then you turn on the news to see what’s going on and you’re like - wow.

"It was very shocking and sad - for all the people involved."

Asked if he had been in contact with the multiple Paralympic champion and, at the London 2012 Games, the first double-leg amputee participant in a Summer Olympics, Rooney responded:

"Yes, I've seen Oscar, I've been to see him a couple of times.

"Basically I trained there quite a bit, in Cape Town, Stellenbosch, and then I’d try and tie in a visit on the way up.

"So I’ve seen him in prison twice.

"And it was very tough for him.

"But I got on very well with the family, they were nice people, and yeah, I feel like everyone in life deserves more than one chance for forgiveness.

"I have my view on what happened.

"I know a lot goes on behind the scenes in South Africa now and I think he kind of realised how totally petrified someone can be - if that makes sense.

"So Oscar, yeah, he has killed someone.

"Do I think he intended to do it?

"I think he had too much going for him in his life to even consider something like that.

"And I think it was just a reaction to the anxiety or whatever, the fear that he was going through at the time.

"Prison was nothing more than what was going through his head and what he’d put himself through.

"The punishment he’s put himself through is probably the biggest thing.

"I learned a lot about the media in that period.

"I learned a lot about what you read - you read stuff and you think, how can they report that?

"You look at BBC and they are reporting something and you think - where does that come from?

"Did you make it up on the spot?

"One journalist says it and then everyone says it?

"I hope at some stage they all….I know Oscar's met with her dad, but he hasn’t met the mum, so…we’ll see."

The podcast episode can be found at here.